By Newsroom on April 11, 2014Comments Off on Kellogg’s Launches New ‘Midnight Spooning’ Campaign For Crunchy Nut

Kellogg’s and VML have tapped into current late-night eating behaviours with a new campaign that encourages Crunchy Nut fans to snack on the sweet golden flakes when they have the munchies late at night.

‘Midnight Spooning’ is a multi-platform digital campaign inviting consumers who are over the age of 18 to enjoy their Crunchy Nut after-hours. The campaign is a tantalizing play to satisfy nutty after-dark cravings through a range of cheeky channels, which come alive between the hours of 8.30pm and 5am.

Phone, text and chat services enable consumers to indulge in a witty, one-on-one conversation with Crunchy Nut, while pre-rolls give users a glimpse into the nutty boudoir.

Interactive rich media ads within Facebook allow users to call and text the chat line direct from the ad unit, with different campaign stories served based on gender and time of day.

The disruptive campaign celebrates Crunchy Nut’s quintessentially tongue-in-cheek brand persona in a whole new way, expanding the role of the product to those who aren’t always awake at breakfast time.

Cruchy Nut fans are also able to satisfy their late night cravings by texting or calling the phone lines between 8.30pm and 5am. 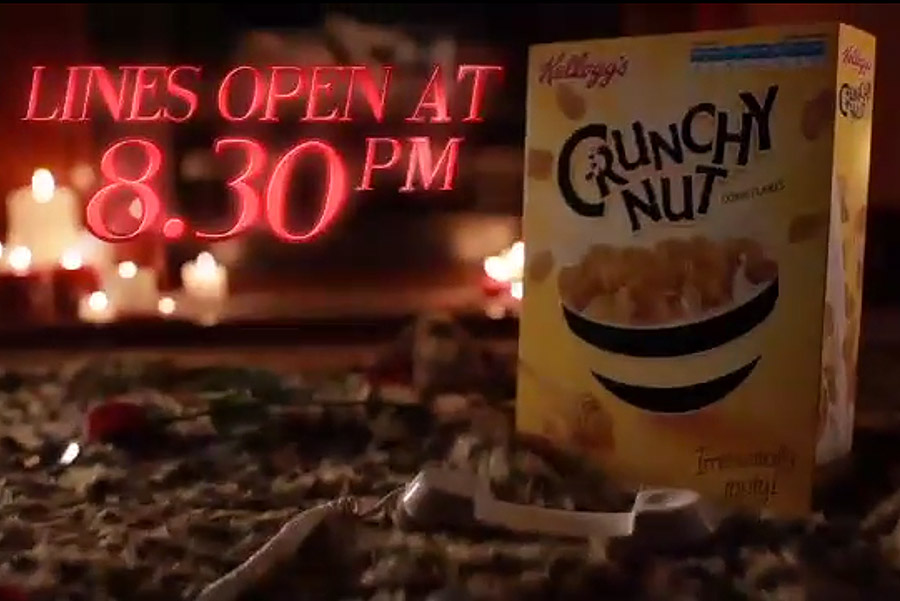