By Newsroom on March 7, 2017Comments Off on Krispy Kreme Takes Australians on a ‘Journey to Glazetopia’ in New VR Campaign

Krispy Kreme, in partnership with Digital Arts Network and Eleven, is taking its customers on a virtual reality journey to launch the iconic doughnut brand’s new range, inspired by the flavours of the cinema.

Following the success of their award winning website and American Classics campaign, Krispy Kreme is advancing further into the digital space with another innovative digital play, widening their platforms for customer interaction and connection.

Co-directed by multi-award winning animation director and composer Evan Viera, who has previously collaborated with Coldplay, and Alan Dickson founder and director of Yukfoo Animation, the action-packed film features surround sound and 360 vision of Krispy Kreme doughnuts as many have never seen before. 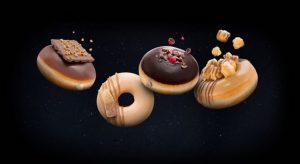 With the sci-fi genre dominating the box office, it was the perfect theme to hero the doughnuts as the stars of the film and allow customers to immerse themselves in a Krispy Kreme galaxy far far away. Guided by SAL, customers can explore the galactic universe of Glazetopia aboard the Starship Original Glazed – O.G.1. Only in Krispy Kreme’s Gooey Galaxy will you be attacked by retro pink doughnut pirates, gaze upon marshmallow moons and fly through a caramel popcorn asteroid belt.

Customers will be able to experience ‘Journey to Glazetopia’ in full effect with Krispy Kreme giving away a limited edition VR Google cardboard headset when purchasing the new range of doughnuts.

Russ Tucker, creative director of Digital Arts Network and Eleven said: “Krispy Kreme’s latest doughnut range taps into the flavours of the cinema and we felt that a blockbuster hit for the tastebuds needed a blockbuster movie to go with it. Together with Krispy Kreme, we wanted to bring to life the movie experience that inspired the range so we’ve partnered with Yukfoo and Google Cardboard to create a 360 VR sci-fi adventure, ‘Journey to Glazetopia’.” 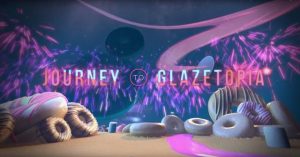 The four new doughnuts – Choccy Orange, Cola Fizz, Caramel Popcorn and Choc Top – are inspired by the nostalgia of the cinema candy bar experience. The doughnuts will be available online and in Krispy Kreme stores from 7 March, 2017.

Andrew McGuigan, CEO, Krispy Kreme Australia said: “We believe we already have the world’s best doughnut. With a campaign like this we have a reason to be relevant in the hearts and minds of our fans beyond what is simply in the box.” 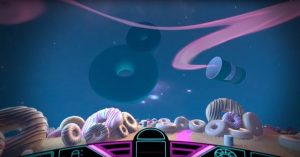 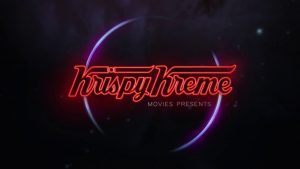 Krispy Kreme Takes Australians on a ‘Journey to Glazetopia’ in New VR Campaign added by Newsroom on March 7, 2017
View all posts by Newsroom →