By Newsroom on August 28, 2015Comments Off on Learn to Cook Like the Locals with Grey London’s Old El Paso Campaign

It is the heritage and the origins of the latter two dishes that have inspired the Cook Like the Locals campaign, with Grey producing two travelogues shot in the very locations the dishes were conceived. As well as these films and a host of additional YouTube content including pro cooking tips, the campaign comprises PR, a full social media calendar and activation, digital (through GreyPOSSIBLE), in-store activation (through Grey Shopper), a blogger outreach programme and a fully-integrated media campaign, which includes a foodie-focussed media partnership with The Guardian (through UM London).

The vibrant, colourful films follow the adventures of Simon Bennett, a fishmonger from Lyme Regis, and Charlotte Harbottle, a butcher from Gosforth, who travelled to Mexico with Old El Paso to discover the sights, smells, people and ingredients that inspired two of the country’s most famous dishes.

First, the pair visit the hustle and bustle of Puebla, birthplace of the Chicken Tinga – a popular street food in the region. There, they meet the authority on local, traditional recipes, 93-year-old Nana Jovita – who not only shares some of her secrets, but, having never met anyone from outside of Mexico before, also arranges a huge fiesta for her guests, complete with fireworks, costumes and a street parade.

Next on their travels is the relative tranquillity of the Baja California coastal region, inspiration for the distinctive Baja Fish taco and famous for its isolated surroundings and fresh and abundant seafood. The film sees the pair go fishing with local fisherman Martin before heading back to shore and a traditional Mexican fish market, where they learn how to cook their catch like the locals have for years. It is thirsty work: the trip is finished off with a visit to Hussong’s Cantina, birthplace in 1941 of the original Margarita.

The films will be seeded via video-on-demand platforms, pre-roll advertising and sponsored social posts. The PR campaign includes the signing of former Pussycat Doll, winner of Celebrity Masterchef 2015 and passionate foodie Kimberly Wyatt as campaign ambassador.

The media partnership sees Old El Paso align with The Guardian and targets a passionate, discerning foodie audience actively seeking recipe inspiration in trusted environments. It sees the creation of a co-branded microsite within theguardian.com which will host a range of Cook Like the Locals content, Guardian editorial created specifically for the partnership (including an article with renowned food and travel blogger Niamh Shields – of Eat Like a Girl fame – on the social aspect of Mexican meals and the perfect side dishes to complement the Restaurante range) and an interactive guide to Mexican cuisine and ingredients. 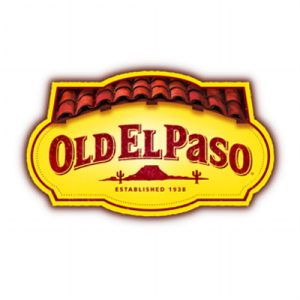 Katy Jones, Senior Brand Manager, General Mills, says: “Our new Old El Paso Restaurante Range is inspired by authentic, traditional Mexican recipes and we wanted this campaign to hero that. The team at Grey understood that from the start, and the Cook Like the Locals concept is spot on. We hope this beautifully filmed, content-rich campaign inspires everyone who watches it to cook like the locals as much as the locations, people and recipes in it have inspired our products.”

Ben Clapp, Executive Creative Director, GreyPOSSIBLE, adds: “Our hardest job on location wasn’t to root out the remarkable stories Mexico has to offer – it was to point our camera in the right direction at the right time and to capture as many as we could. It’s a bright, passionate place steeped in heritage, tradition and a deep love of food – making it the perfect inspiration for Old El Paso’s Restaurante range and as satisfying a creative canvas for us as any I can think of.”

Maxim Kabakov, Senior Media Planner, UM London adds: “We know Passionate Foodies are notoriously discerning when selecting the brands they allow into their kitchen and cooking repertoire. This integrated campaign will re-establish the authenticity and vibrancy of Old El Paso, while the content created by our original partnership with the Guardian will teach them some Restaurante kitchen tricks they can pass off as their own.”

Learn to Cook Like the Locals with Grey London’s Old El Paso Campaign added by Newsroom on August 28, 2015
View all posts by Newsroom →