By Newsroom on February 8, 2017Comments Off on Leo Burnett London Reveals the Truth About McDonald’s Beef

Leo Burnett London has created a campaign for McDonald’s beef which represents the first time the fast-food company has focused on the process by which its beef burgers are made.

The work began airing on TV, online and in cinemas from Friday February 3rd, and runs for seven weeks across the UK, until 22nd March. Media planning and buying for the campaign was handled by OMD UK. 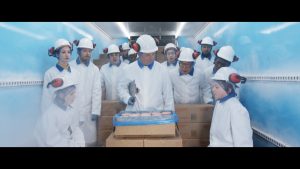 The ads feature 40-second and 30-second spots and form the latest execution in McDonald’s overarching ‘Good to Know’ myth-busting campaign. Through this approach, the brand continues to acknowledge some of the common misconceptions customers hold around its core products, before communicating the truth around the quality of the ingredients that it uses. By promoting the quality of its food and dispelling myths, it aims to instil trust and maintain success in the UK market.

Following McDonald’s most recent advert focused on Chicken McNuggets, they now turn their attention to beef, with ‘Steve’.

In the upbeat and gently comical spots, we see a bus in the countryside, and Steve – who we’re told works at McDonald’s and who has been telling the ‘doubters’ on the bus that there’s nothing but pure cuts of beef in McDonald’s burgers. 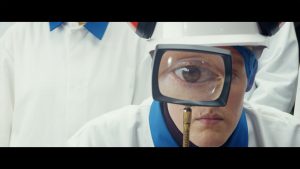 To counter their cynicism, he takes them on a whistle-stop tour of the brand’s quality control process, before the voiceover concludes: “So, from start to finish, there’s nothing but beef in our burgers – and a pinch of salt and pepper. As everyone can now testify,” and thought bubbles pop up, showing the passengers now thinking about the tasty burgers.

The executions focus on the entirety of the McDonald’s beef range and the myth that its burgers contain additives and other nasties.

Steve is in fact a real food quality expert within the McDonald’s supply chain who is responsible for making sure there is nothing but whole cuts of beef in McDonald’s burgers.

In the ad, he manages to take us through the whole beef patty making process – demonstrating that it’s just beef at every stage of the production process.

Leo Burnett London Reveals the Truth About McDonald’s Beef added by Newsroom on February 8, 2017
View all posts by Newsroom →