Lucozade Sport Unveils ‘Made to Move’ Campaign by Grey London

By Newsroom on September 16, 2016Comments Off on Lucozade Sport Unveils ‘Made to Move’ Campaign by Grey London

Pfister said: “The VFX work for the Lucozade commercial was always going to be a major challenge to pull off in the amount of time we had to complete the project. In fact, one major VFX company respectfully passed on bidding due to the tight completion schedule and yet another proposed a method that increase our daily shooting workload significantly enough to prohibit us from considering them
Cherry Cherry was the “David” that came in and fearlessly took on the job. I was not aware of them up until we started this project but the work on their reel was solid and of the highest caliber. 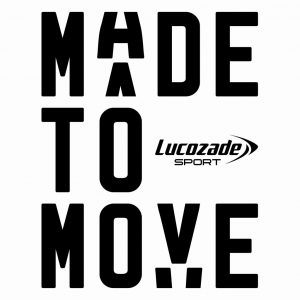 “Our VFX supervisors, Alex Gabucci & Nico Cotta were knowledgeable and were great allies on set. We discussed methodology at length in pre-production and I made my position very clear, that, given our tight schedule, I much preferred fewer high quality shots that rose to the highest standard than more shots where the work was to be compromised. The team and Executive Producer, Annabel Bennett, assured me that the work would be of the highest caliber.

In the end, the work completed was spectacular and truly a miracle considering the amount of time we gave them to complete it. The compositing was perfect. The final look of the effects is flawless. All in all, Cherry Cherry pulled off an amazing feat of artistry and technical wizardry that had me so pleased and appreciative. I will most certainly be looking to do more with this great team in the future!”

VFX Supervisor Nico Cotta added: “Lucozade has been an amazing project to be involved with, Wally Pfister’s vision and attention to detail is what we love at CCVFX. Once again it shows that through dedication and passion the CCVFX team can turn round a great looking job of this magnitude!

Lucozade Sport Unveils ‘Made to Move’ Campaign by Grey London added by Newsroom on September 16, 2016
View all posts by Newsroom →