By Newsroom on June 11, 2015Comments Off on Malibu Deepens Ties To YouTube Vloggers For Summer Push

Pernod Ricard’s Malibu brand is forging deeper ties with young social media influencers for an advertising campaign that will revive its seasonal competition promising to give fans the best summer ever.

The campaign returns for the second year running and is pitched by the rum maker as being “even more inclusive” due to a larger cocktail of social influencers and key partnerships. Dubbed the “The Best Summer Ever Project,” Malibu gives fans a comprehensive A to Z guide to summer that follows young, creative YouTubers as they tour Europe and the US together, finding out the secrets to hosting the best party. 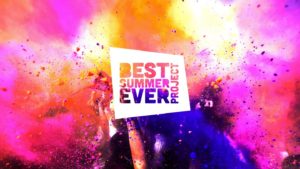 Their search takes them from America’s Deep South where they will learn how to cook the perfect BBQ to the Isle of Wight to discover how to survive the festival season. The AnalogFolk – created series is bolstered by additional content from high profile social media influencers who will share their own expertise to help the cast and viewers.

A launch trailer for the show (see above), titled the “A to Z of Summer”, encourages fans to sign up to Malibu’s YouTube channel. Episodes will be posted on the channel and a campaign site over an eight-week period alongside additional content from the tour such as editorial. 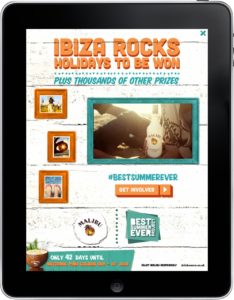 Emma Johansson, global content director at Malibu, said: ‘Building on the 2014 activity, this year is about being even more inclusive and using the significant marketing investment to extend the reach of our content through social influencers and key partnerships.”

The campaign will run in Malibu’s key markets, which includes the UK, US, Netherlands and Germany, while a deal with Mashable has been stuck to promote the rum to new audiences. Content from the campaign will also be shared across Instagram, Facebook and Pinterest.

Fans in the UK also have the opportunity to win summer prizes such as trips Ibiza Rocks and Bestival via the campaign’s competition hub and those who love the coconut cup drinking vessels can purchase in stores across the country from this month.

The campaign will be rounded off with out-of-home advertising.

Malibu Deepens Ties To YouTube Vloggers For Summer Push added by Newsroom on June 11, 2015
View all posts by Newsroom →