By Newsroom on February 20, 2013Comments Off on Mary Berry is Most Popular Baking Companion 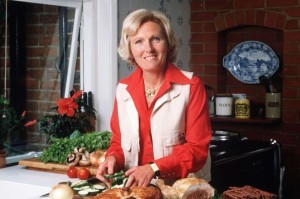 A recent research shows that Mary Berry is the person most people in the UK would like to bake with and over 60% of respondents get their cake inspiration from family and friends, followed by the ever growing popularity of baking and cookery programmes on television, as well as books and magazines.

The research, released by The Cake Awards also shows that the UK’s favourite cake is something chocolatey – sponge or brownies, second best is a delicious Lemon Drizzle, and a traditional Victoria Sponge is also whetting people’s appetites.

Over 50% of those surveyed said that they bake weekly, with almost a quarter finding the time to bake several times a week – showing how cake making has been embraced by the nation.

The ‘must have’ gadget for 2013 cake making is a good icing bag with a range of nozzles, followed by the very handy silicone spatula.

Half of all respondents said they would like to bake with Mary Berry , second favourite was Paul Hollywood with 15% of votes and Nigella Lawson is also a firm favourite. Many also stated family members like Grannies and Mums would be their top baking companion. 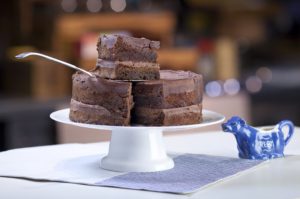 As well as the UK taking inspiration from TV, magazines and friends and family – many of us use baking cakes to relieve stress and help relaxation.

Others baked cakes because they want to know what is in the food they are eating, and because their children enjoy baking.

Will Torrent , award winning pâtissier and chocolatier, and judge for The Cake Awards said:

“The nation has certainly embraced baking over the past few years, with the number of people making cakes and the frequency of their baking increasing. The popularity of cake making can be seen in various ways – TV shows and cooking books are having a huge impact, but it’s interesting to see people also saying that family and friends influence them – as I see lots of families baking together, and that’s where I took my inspiration from. It’s great to see people getting involved – baking cakes is affordable and fun, so perfect for anyone to give it a go. I’m looking forward to seeing different trends filter through for 2013.”

The Cake Awards organisers also surveyed experts from the baking and food industry, about what they thought 2013 would bring to the world of cakes.

Jane Milton , Food Industry Expert and Co-Founder of The Cake Awards said, “In the coming year we will see more root vegetables in cakes, the continuation of retro cakes – more classics from 60s and 70s, mini cakes,  lots of decorations and embellishments and decorative finishing of cakes too.”

Mary Berry is Most Popular Baking Companion added by Newsroom on February 20, 2013
View all posts by Newsroom →