By Newsroom on November 15, 2018Comments Off on McDonald’s Big Mac Turns 50 in France with Endearingly Cheesy Retro Campaign 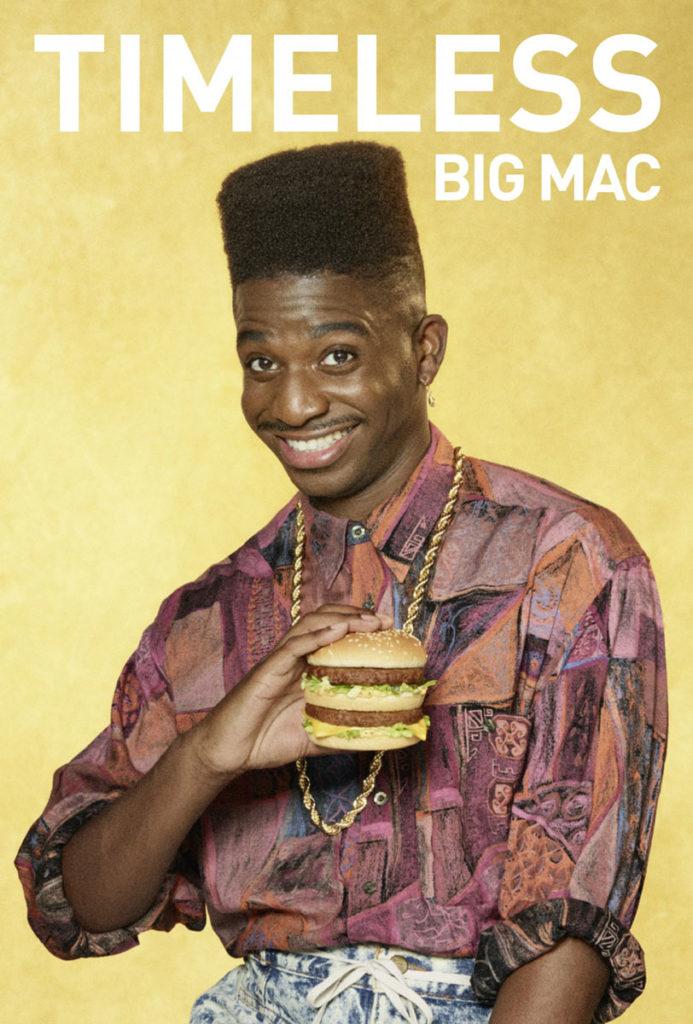 To celebrate the McDonald’s menu item’s longevity, TBWA\Paris has crafted a campaign featuring patrons in retro looks from the various decades of its existence.

The campaign shows that, over the past 50 years, sports, technology, culture, politics and fashion have all changed, but one thing has remained constant – the Big Mac.

McDonald’s France and TBWA\Paris are using both print and digital media to take fans back in time to better understand just how classic the Big Mac really is.

The poster campaign uses four visuals to faithfully resurrect the best most ridiculous looks from the past several decades. The centre of each image features the classic Big Mac being held by some truly retro characters in the stereotypical outfits and hairstyles of the day, such the big hair of the 80s or wide-collar shirts from the 70s.

For the digital campaign, the Big Mac asked fans: “What about you? What did you look like during the 60s, 70s, 80s, and 90s?” Interactive Facebook and Snapchat filters allow participants to take a step back in time as well.