By Newsroom on June 29, 2015Comments Off on Molson Coors Launches New Above The Line Carling Zest Media Campaign 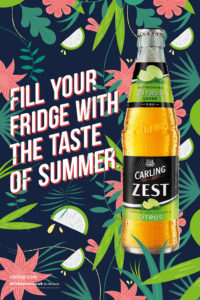 Molson Coors, one of the UK’s biggest brewers, is launching a £500,000 media campaign for Carling Zest. The above the line (ATL) activity, which includes out of home (OOH), point-of-sale (POS) and in-store digital advertising, aims to drive brand penetration and increased rate of sale by developing a clear brand-occasionality link with the Great British Summer.

The campaign follows a full brand redesign of the Carling Zest range in May, which accentuated the product’s flavour profile to improve pack standout on shelf and make the aisle easier for shoppers to navigate.

Jim Shearer, Brand Director, Carling at Molson Coors UK comments: “In an increasingly crowded low-ABV market, it is important we support retailers by offering brands that create disruption, land a flavour-first message, and ultimately can gain cut through on the aisle. 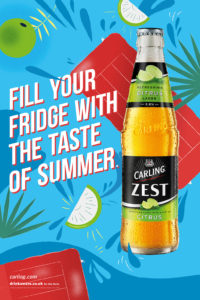 That’s why, following our packaging redesign last month, we’ve chosen to launch this media campaign as we look to further enhance our position in the market, developing a clear occasionality link with the Great British Summer in a vibrant, eye-catching way.”

The Carling Zest campaign will run in two bursts, from 29th June – 12th July and from 10th – 23rd August and will complement the wider Carling brand activity, including the £5.4m Carling British Cider media campaign announced earlier in the month. 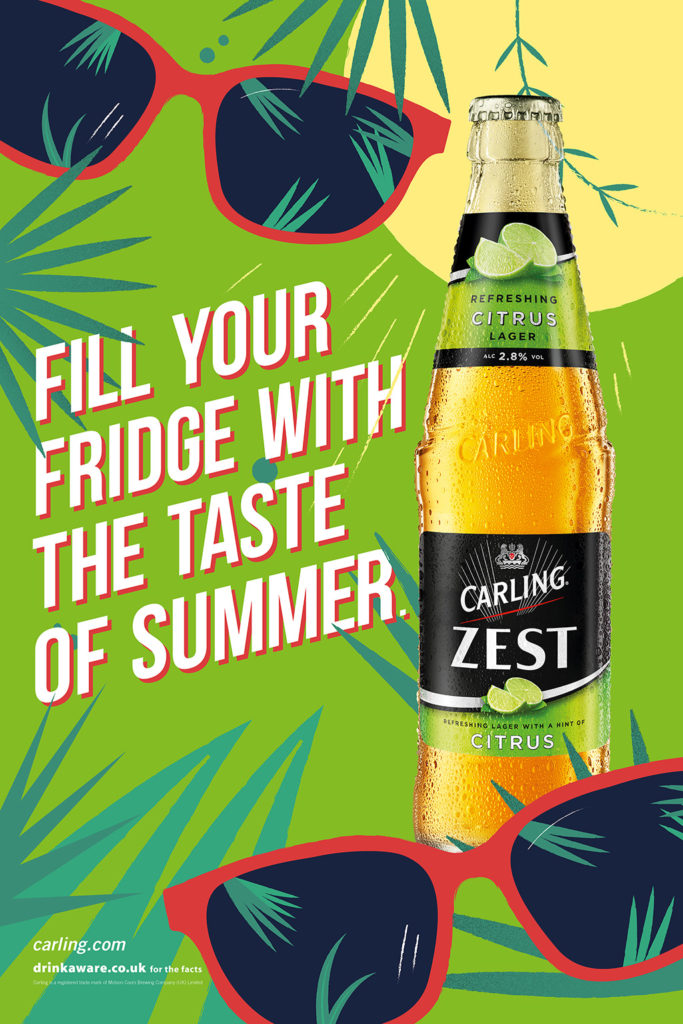