By Newsroom on February 12, 2015Comments Off on Mountain Dew Announces Partnership with Basketball All-Star Russell Westbrook 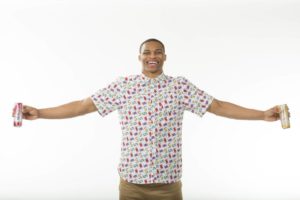 Mountain Dew took a vertical leap and announced a multi-year partnership with basketball all-star and cultural icon, Russell Westbrook.  The partnership with Westbrook, who is known for his creative personality on and off the basketball court, marks the original flavour’s first national partnership with a pro basketball player and will tip off an entirely new extension of the Mtn Dew Kickstart “It All Starts with a Kick” campaign.

As the newest member of DEW Nation, Westbrook will be the face of Mtn Dew Kickstart, including the two new bold flavors – Pineapple Orange Mango and Strawberry Kiwi – that fuse an energizing blast of DEW with real fruit juice, coconut water and just the right amount of kick which hit shelves in January 2015. The partnership officially kicks off in New York City as we lead into the hottest weekend in professional basketball and fans will get a first look on February 14 when a new TV commercial airs, starring Westbrook and his buddies. 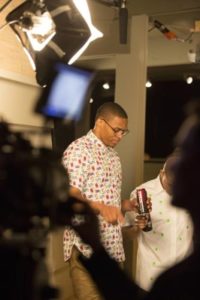 “Becoming part of DEW Nation just felt really organic and authentic for me,” said Westbrook. “The brand is an instigator – it’s about creativity and looking at life through your own lens and living it the way you want to live it.  Those are all attributes that are core to who I am.”

“Partnering with an athlete is so much more than just finding an MVP – it’s about identifying someone that truly lives the brand ethos every day,” said Greg Lyons, Vice President of Marketing, Mountain Dew. “Russell is charged with personality and style, and isn’t afraid to push boundaries – making him the ideal partner for Mtn Dew Kickstart and a great addition to DEW’s team of all-star athletes.”

Mtn Dew Kickstart was initially launched two years ago and has been dubbed one of PepsiCo’s most successful beverage product launches in the past 10 years. It grew more than 50 percent in its second year on the market with annual retail sales of nearly $300 million. 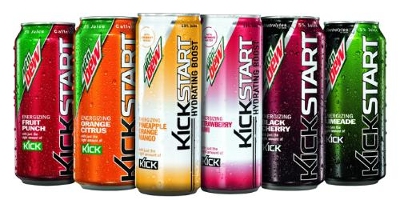