By Newsroom on March 7, 2017Comments Off on PALM and La Trappe Brands Transfer Distribution to Molson Coors UK 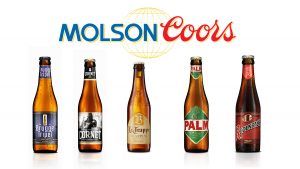 At the same time, Molson Coors will take over the UK distribution of the La Trappe Trappist Ales from the De Koningshoeven brewery. Both of the distribution agreements will start from March 2017.

Together these two distribution deals will bring PALM, Brugge, Rodenbach and Cornet amongst others, alongside the full La Trappe range into Molson Coors’ portfolio, and will initially be a focus for the new Molson Coors business unit in London – Brew & Press.

Andy Hadley, Customer Excellence Director, said: “We are excited to be taking these iconic beers from Belgium and Holland into the Molson Coors portfolio, giving our customers even more choice in an area of the market currently seeing substantial growth. The demand for interesting and different beers continues to grow, and we think these beers can play an important role for Molson Coors and our customers.”