By Newsroom on October 4, 2016Comments Off on Pepsi Compares Everyday Victories to Thrill of a Touchdown in New Ad

How similar are the small joys in your life to the adrenaline-fuelled highs of a post-touchdown dance by a millionaire football star? Pepsi thinks the two might just be closer than you think. 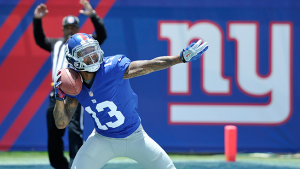 With creative by BBDO New York, the work compares the everyday victories of average Americans to the replay-worthy highlights that characterize pro football. Its running theme could be summarized as “NFL superstars: They’re just like us… but not really at all.”

In “Checkers,” (above) a Pepsi Zero drinker likens the brief thrill he experiences after besting a senior citizen in a board game to Beckham’s famous end zone boogies.

This is the first of two ads starring Beckham; the second will air in late October. Pittsburgh Steelers wide receiver and end zone twerking enthusiast Antonio Brown kicked off Pepsi’s 2016 NFL effort with “Phone Number,” (below) which September 2016.

The new campaign will debuted during October 3rd’s Monday Night Football game between Beckham’s Giants and the undefeated Minnesota Vikings. 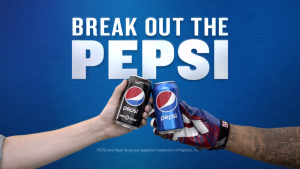 Pepsi Compares Everyday Victories to Thrill of a Touchdown in New Ad added by Newsroom on October 4, 2016
View all posts by Newsroom →