By Newsroom on December 9, 2016Comments Off on Pepsi Max Takes Summer to a New Level with New Series of Ingenious Hacks 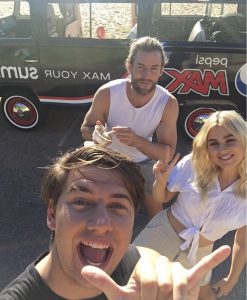 The video for Pepsi Max in Australia, which released on December 9, shows how Williams, Walford and Mostert deal with bad traffic and hold ups on the way to the beach by building an ingenious DIY carpool.

Throughout summer, Williams and Walford will be posting more ingenious summer hacks on their social channels.

Walford commented: “Summer is the best time of the year in Australia, and yet too often we Aussies miss out on all the fun due to things like work and traffic getting in the way. Teaming up with Pepsi Max this summer means I can show Aussies all my tips and tricks to ensure they’re making the most of this time of year.”

Williams added: “We want to inspire Aussies not to let little things get in the way of a good time this summer. Our summer hacks are bold. They’re ingenious. And they’ll show you how to #MaxYourSummer in every way possible.” 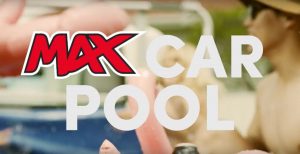 Supercar driver Chaz Mostert, who steered the Pepsi Max Van on its maiden beachside voyage, is all too familiar with dodging traffic, and said, “I won’t stand for anything getting in the way of my final destination. If I can’t get to the beach, I’m going to ensure the beach comes to me. Pepsi Max is the perfect partner to ensure everyone reaches their dream destinations this summer.”

The trio’s video comes as the latest in Pepsi Max’s #MaxYourSummer campaign, which is taking its bold brand ingenuity to a new level and turning common barriers to summer on their heads with a series of problem-solving hacks. 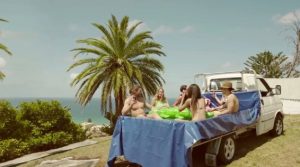 Throughout December, the Pepsi Max Van will be on the streets of Sydney suburbs picking up passengers caught in busy public transport pain points on the way to the beach and other summer destinations.

Pepsi Max Takes Summer to a New Level with New Series of Ingenious Hacks added by Newsroom on December 9, 2016
View all posts by Newsroom →