By Newsroom on February 5, 2016Comments Off on Pepsi Paints the Bay Area Blue for Super Bowl 50 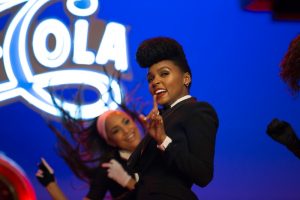 Pepsi, the official sponsor of the Super Bowl 50 Halftime Show, unveiled activations the brand will execute around California’s Bay Area and across the country, to get consumers excited for Halftime and Super Bowl 50 leading up to the big game.

Returning for the 14th consecutive year as the official soft drink partner of the NFL, Pepsi will bring a number of activations and content to the Bay Area in celebration of Super Bowl 50, including:

Pepsi Super Bowl Advertisement, the “Joy of Dance”: Starring R&B singer and actress Janelle Monáe, Pepsi’s Super Bowl 50 advertisement, which was released online earlier today, celebrates the brand’s heritage in music by paying homage to music greats past and present. The spot will also air during Super Bowl 50 on February 7. 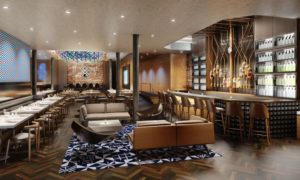 Kola House at Pier 70: Pepsi will hold an exclusive preview of Kola House – a new experiential lounge and event space, launching its flagship in NYC’s Meatpacking District this spring. The centerpiece of Kola House is a full service Kola Bar – an exciting place where guests will discover the origins, functionality and true flavor of the kola nut. Décor exhibited comes from a partnership between PepsiCo Design and interior design firm, Kravitz Design Inc. Music will be curated by Swizz Beatz and a live art installation from two legendary local San Francisco artists – Jeremy Fish and Sam Flores – will be displayed at the party. Pepsi will celebrate this first-of-its-kind space and inviting media to enjoy specialty elixirs designed by Kola House resident cocktail creator and flavor chemist Alex Ott, along artisanal bites inspired by the Flagship menu.

Pepsi Partners with DIRECTV to Provide Ultimate Experience at Pier 70: Pepsi and DIRECTV are joining forces in San Francisco to bring fans three unforgettable days of music, technology and art around the biggest sporting event of the year. 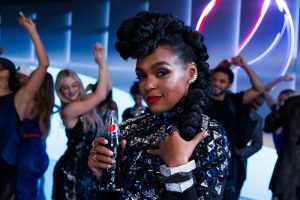 The Super Bowl represents the culmination of a season-long activation for PepsiCo and its brands, which also include Doritos, with its hugely successful “Crash the Super Bowl” contest; Gatorade, which fuels athletes on the field and is a staple of Super Bowl sidelines and locker rooms; Mountain Dew, who is back with a hilarious in-game advertisement for the first time in more than 15 years; and Tostitos, which helps fans “Party Like a Pro.”

Pepsi Paints the Bay Area Blue for Super Bowl 50 added by Newsroom on February 5, 2016
View all posts by Newsroom →