By Newsroom on June 28, 2018Comments Off on Red Bull Encourages British Commuters to Run and Cycle their Way to Work this July

Summer seems to have finally arrived across the UK, and with it brings the stereotypical tough days on public transport. Every morning and evening, commuters have to dodge rammed tube carriages, busses stuck in traffic jams, and certain rail companies cancelling services with little warning.

However, this July commuters will be encouraged to avoid the tube, trains and busses in a bid to commute a collective one million miles in just one month, as Red Bull’s Million Mile Commute returns. 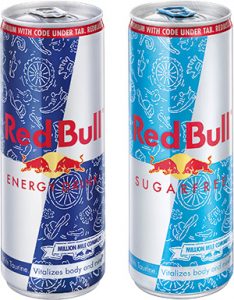 By signing up to the official Red Bull Million Mile Commute, cyclists and runners throughout the country are urged to collectively rack up a million miles this summer on Strava, and by logging miles you can get various rewards. An on-can promotion (Red Bull Energy Drink & Red Bull Sugarfree 250ml cans) with a limited edition design will also give consumers a 30 days Strava premium access code.

HR Magazine recently published that 89 percent of employees who cycle to work said they felt more energised throughout the day, and the health benefits of regular exercise to and from work is well publicised.

The initiative launched in 2017 with commuters surpassing the target in three months and this summer, Red Bull are again encouraging commuters to commit to cycle or run to work and collectively achieve 1 million human-powered miles in one month only.

In 2018, the challenge will run across one month only. In July, Million Mile Commuters will have four weeks to hit one million miles and in doing so are eligible to win a number of prizes.

Reaching each distance milestone enters you into the draw for that and all preceding milestones:

Red Bull Encourages British Commuters to Run and Cycle their Way to Work this July added by Newsroom on June 28, 2018
View all posts by Newsroom →