By Newsroom on September 2, 2016Comments Off on Sean “Diddy” Combs’ Cîroc Unveils ‘Let’s Get It’ Campaign by 72andSunny

Sean “Diddy” Combs and the Makers of the Cîroc Ultra Premium Vodka unveiled new brand creative and launch a motivational campaign: ‘Let’s Get It’.

‘Let’s Get It’, which is inspired by Combs and features DJ Khaled and French Montana, sparks a movement to empower and encourage entrepreneurs and creators to pursue their passions and realize their dreams. 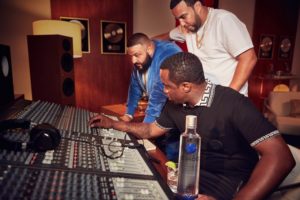 The campaign is a collaboration between Combs, Cîroc and emerging influencers committed to inspiring the next generation to ‘Get It’.  The vibrant creative centers on the iconic “circumflex,” which symbolizes upward mobility, aspiration and the brand’s French heritage. The creative was developed by 72andSunny New York in partnership with Combs Wine & Spirits and Diageo.

“I grew up wanting to change the world. Now I want to inspire and empower the next generation to dream big, work hard, and make their own success,” said Sean “Diddy” Combs. “I am using my story to encourage others to follow their dreams and achieve greatness, and together with Cîroc, fueling the spirit of the hustle and celebrating the journey.”

The new Cîroc movement kicks off with the world premiere of ‘Let’s Get It,’ a two minute short film starring Combs on Billboard.com. The film, narrated by Combs and directed by Emmy Award winner Zach Heinzerling, tells the inspiring story of Combs’ business success, highlighting the grit and glam of his journey. 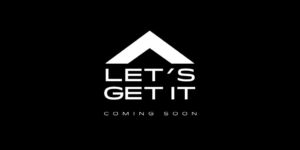 Sean “Diddy” Combs previewed his commitment to the ‘Let’s Get It’ ethos when he presented at the 2016 MTV Video Music Awards on Sunday night. He reminded the audience to hustle hard, dream big and remember that everything is possible.

“‘Let’s Get It’ is much more than a campaign,” says Ryan Robertson, Cîroc Brand Director. “It is the start of a new movement – a rallying cry – to empower hard workers and dreamers to make their mark on the world.”

Later this month the brand will be releasing a follow-up spot to ‘Let’s Get It’ that spotlights DJ Khaled and his major keys to success for future moguls in the making.

“Cîroc and Combs have always been about the hustle”, says Dia Simms, President of Combs Wine and Spirits. ‘”Let’s Get It’ is a universal message that has no boundaries. Sean and Cîroc are inspiring the next generation of entrepreneurs and culture creators on their journey to success.”

‘Let’s Get It’ begins airing September 5th. The :30 and :15 second spots will run on CNN, Bravo, CNBC, USA, BET, VH1, TV1, REVOLT and more. The brand has also created a :15 advertisement dedicated to social responsibility reminding fans that whether you are coming up in the world or coming home from a few drinks, get there safely.

In addition, Cîroc announced that it is partnering with COMPLEX Media to create a new video channel dedicated to the ‘Let’s Get It’ movement. “COMPLEX Hustle” will mentor, inspire and advise the creative class of millennial strivers. More information about this project will be released soon.

Sean “Diddy” Combs’ Cîroc Unveils ‘Let’s Get It’ Campaign by 72andSunny added by Newsroom on September 2, 2016
View all posts by Newsroom →