By Newsroom on March 2, 2018Comments Off on Smirnoff & Spotify Debut New Experience Enabling You to Uncover Your Listening Habits

Smirnoff has announced a new extension of its “Equalizing Music” global campaign through a new partnership with Spotify that promotes equality for women musicians around the world. 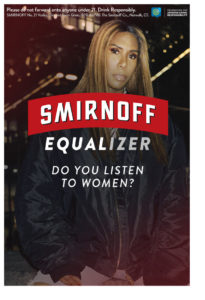 According to Spotify data, none of the top 10 most-streamed tracks were performed by women artists or bands in 2017. To help make a difference in the music industry, the makers of Smirnoff have teamed up with Spotify to increase representation of women in music by allowing consumers to impact their own listening habits through an industry-first application programming interface (API), dubbed the Smirnoff Equalizer.

The Smirnoff Equalizer analyses Spotify users’ listening habits to provide them with a percentage breakdown of the number of men versus women artists they have listened to in the previous six months before providing an equalised playlist tailored just for them, where artists of both genders are equally represented.

The Smirnoff Equalizer further supports women musicians by offering a personalised slider, where the user can increase the number of women artists in their playlists. The innovative platform was debuted at the brand’s “Phenomenal You” launch event last night in New York City. 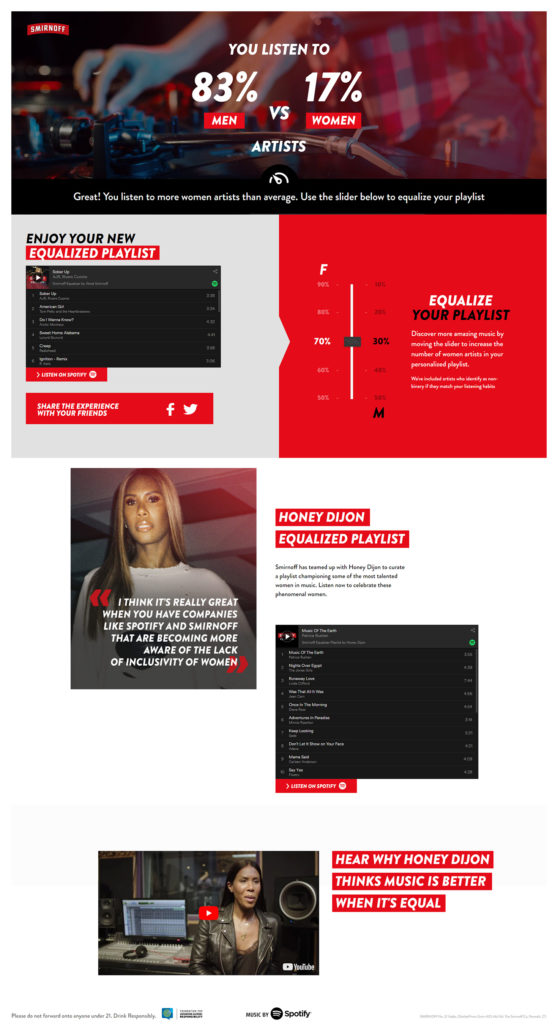 “We developed the Smirnoff Equalizer in partnership with Spotify because we believe that when we get to discover talented women artists and their phenomenal music, we’ll all have a better listening experience,” said Neil Shah, Smirnoff Global Senior Brand Manager. “The Smirnoff Equalizer not only drives awareness, but also allows Spotify users to take direct action by increasing the number of tracks from women artists in their playlists.”

The goal behind the Smirnoff Equalizer is to get more people listening to more women artists. The bigger their fan bases become, the more opportunities they will have to perform and succeed. The Smirnoff Equalizer platform will run through the summer and can be accessed by Spotify users of a legal drinking age in the United States, Great Britain, Ireland, Australia, Mexico and Argentina.

One of the artists featured in the Smirnoff Equalizer is Honey Dijon, an African-American transgender woman who is a vocal advocate for LGBTQ+ and women’s rights and highly respected for her musical heritage and curated DJ sets that defy genres. She will appear in the platform to share her experiences facing gender bias in the music industry. 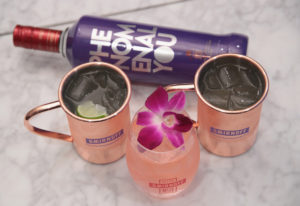 The Smirnoff Equalizer is the latest initiative from Smirnoff’s “Equalizing Music” campaign, which the brand announced in 2017 with the goal of doubling the number of women festival headliners by 2020. As an extension of this effort, Smirnoff has also partnered with Global Radio and Live Nation to equalise festival lineups across Europe with performances by women DJs.

“We are very proud that Smirnoff once again chose Spotify as its brand partner for the ‘Equalizing Music’ campaign,” said Danielle Lee, Vice President, Global Head of Partner Solutions at Spotify. “We share Smirnoff’s goal to improve gender diversity in music, and for all the artists, songwriters and producers who create it.” 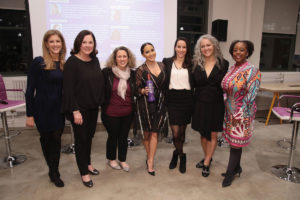 To kick off the Smirnoff Equalizer campaign, Smirnoff held a launch event in New York City to debut the platform and to celebrate the many women who are phenomenal professionals in one of the world’s most career-focused cities. The event, which took place exactly one week before International Women’s Day, was themed around “Phenomenal You” with Smirnoff encouraging each woman to celebrate the inherent power of women across the world, starting with themselves. 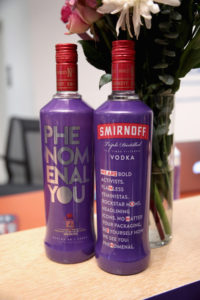 At the event, Smirnoff hosted a “Phenomenal You Panel,” moderated by multi-platinum singer-songwriter, recording artist, actress and television host Adrienne Bailon-Houghton and comprised of women across different industries who spoke about their personal experiences.

While these bottles are not available for retail purchase, they are being gifted to 100 phenomenal women around the world, along with a donation made in each of their names to She Runs It, a non-profit which paves the way for more women to lead at each stage of their career.

Smirnoff & Spotify Debut New Experience Enabling You to Uncover Your Listening Habits added by Newsroom on March 2, 2018
View all posts by Newsroom →