By Newsroom on July 30, 2014Comments Off on Soft Drinks Falling Flat? 25% Brits Drinking Less Than They Were Six Months Ago 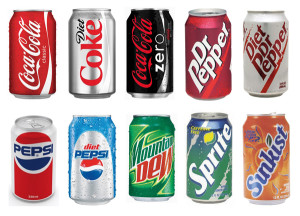 One in four consumers are drinking less Carbonated Soft Drinks (CSDs) than they were six months ago and half of those are doing so because they contain too much sugar, new research from Mintel reveals.

Richard Ford, Senior Food and Drink Analyst at Mintel said:  “The findings of our research come as the debate over sugar’s contribution towards the nation’s growing obesity continues to be played out in the media, with CSDs being highlighted as one area for improvement.  As such, CSD manufacturers continue to launch lower-sugar and sugar-free variants of their standard soft drinks, the highest-profile example of which is Coca-Cola’s forthcoming launch of Coca-Cola Life, which contains a blend of sugar and the sweetener stevia leaf extract, in the UK this September.” 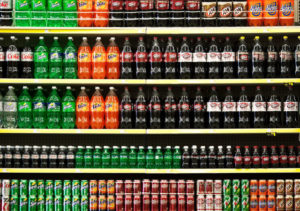 “That CSDs meet a strong perceived need to quench thirst amongst consumers means that, in one sense, the category is well-placed in consumers’ minds. However, whilst the industry has been proactive in tackling concerns around the high sugar content of some of the drinks by introducing lower-sugar or lower-calorie variants, more work is needed,” added Richard.

Further to this, Mintel’s research also sheds light on other important reasons why some consumers are drinking less CSDs. A third (34%) of those drinking less carbonated soft drinks than six months ago said they were doing so because they were worried about the health impacts of artificial sweeteners. Meanwhile, Government initiatives are also affecting consumption with one in six (16%) saying they are drinking less due to health campaigns such as Change4Life.

Earlier this year, additional Mintel research identified that a third (32%) of those who had drunk fruit juice, juice drinks and smoothies in 2013 said they limited their consumption of juice drinks due to their high sugar content. 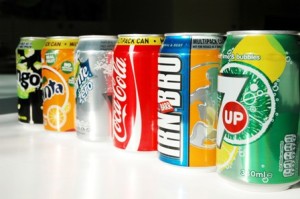 Moreover, indicating that CSDs brands should do more to ensure they can be easily identified at point-of-sale, almost two thirds (61%) of CSD drinkers say that pubs, bars and restaurants should make the drink more visible to consumers. Despite this, earlier Mintel research has found that a third (34%) of those who have bought soft drinks in these places feel there is a stigma attached to drinking them.

“That the range of CSDs sold in bars, pubs and restaurants is more limited than of alcoholic beverages plays a role in their lesser visibility. Taking cues from alcoholic beverage brands, CSD operators can help drive visibility by providing more decorative and functional branded paraphernalia to proprietors, such as bar mats and bar-top drip trays. As soft drinks often lack the draught pumps common to alcoholic drinks, this exacerbates the issue. Distinctive, shaped glasses could also help CSD brands to standout,” Richard concludes.

Soft Drinks Falling Flat? 25% Brits Drinking Less Than They Were Six Months Ago added by Newsroom on July 30, 2014
View all posts by Newsroom →