By Newsroom on October 2, 2013Comments Off on Sourz Rolls Out Its Largest Marketing Campaign

Sourz, the alcoholic drinks beverage has launched its biggest ever through-the-line campaign , ‘This is Our Shot’.

Created by The Leith Agency, and described as “embodying the YOLO and FOMO beliefs of the target consumer”, the campaign will centre around a new 30-second television advert that follows an epic night out in which shots of Sourz play a central role.

Emma Heath, marketing controller for Sourz at Maxxium UK said: “This is a really exciting time for the brand as we bring our marketing focus towards enjoying Sourz as a shot. It’s set to be our biggest activity yet in the UK and our new TV ad marks the start of a whole new era, as we seek to build a stronger emotional connection with our core consumers and bring to life the importance of living in the moment and making the most of good times with friends.”

The campaign for the Maxxium-owned brand will also see Sourz team up with music video and entertainment company Vevo. 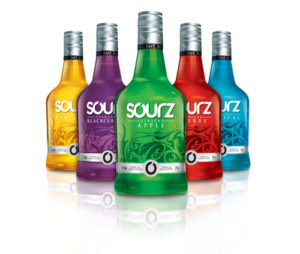 The partnership is planned to involve the drinks brand taking over the website, YouTube Channel and mobile app to produce “a cherry-picked playlist of all the latest tracks each week,” as well as running various competitions with prizes including a year’s supply of gig tickets.

On the collaboration Emma Heath commented, “Our partnership with VEVO will also ensure we engage directly with our consumers in the digital space where they spend a lot of their time.”

Nic Jones, Vevo’s senior vice president, international added: “We are pleased to be working with Sourz, which is ahead of the curve in using targeting by genre to hone in on the most relevant audience.”

The ‘This is Out Shot’ advert made its small-screen debut on October 1 and runs UK-wide until the end of 2013.

Sourz Rolls Out Its Largest Marketing Campaign added by Newsroom on October 2, 2013
View all posts by Newsroom →