By Newsroom on September 8, 2016Comments Off on Sports & Energy Drink Sales In UK To Be Affected If The Price Were To Go Up 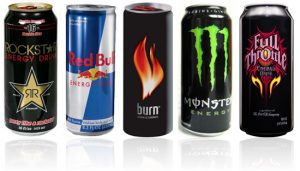 With the tax on sugary soft drinks due to come into effect in April 2018, the majority of UK sports and energy drink users say they expect their purchasing of these products to be affected as a result of any price increases. Indeed, new Mintel research reveals that one in three (32%) Brits who drink sports and energy drinks would cut back on the amount of sugary varieties they consume if the price were to increase, while one in five (20%) say they would stop drinking sugary varieties altogether. Meanwhile, almost two in five (37%) say they wouldn’t change their drinking habits at all.

Despite these reported spending changes, low-sugar and sugar-free variants of sports and energy drinks are set to benefit. Over one third (37%) of those who would reduce their consumption of sugary sports or energy drinks if the price were to increase say that they would switch to low-sugar or sugar-free versions as a result. Furthermore, almost half (48%) say that they would drink other drinks instead, such as juice, smoothies or milk, while 28% would switch to a less expensive brand.

Amy Price, Senior Food and Drink Analyst at Mintel, said: “Sugar continues to be an issue in the market and the pending sugar tax is expected to have an adverse effect on consumption. Positively for the market, however, a strong minority of sports and energy drink users would not change their habits following the introduction of the sugar tax. This is likely owing to the infrequent usage within the category, meaning that the impact on total grocery budgets of the tax would, for most drinkers, be decidedly modest. Ongoing investment in low, no and reduced sugar formats will be essential to providing a different option for consumers, especially if these are at a lower cost to the consumer.” 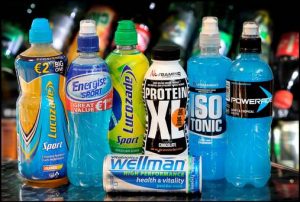 “Innovation in the non-alcoholic drinks market is blurring the lines between different categories. ‘Cold-pressed’ has become an increasingly popular label in the juice sector, with these ‘raw’ fruit juices and smoothies positioned by some operators as more nutritious than standard products due to not having been heat-processed. This health halo could be mined by sports and energy drinks brands to capitalise on the trend through products that look to cold-pressing techniques,” adds Amy. 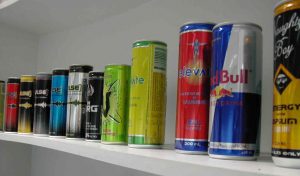 Finally, Mintel research indicates that products made with more naturally-derived ingredients are likely to appeal to consumers. Approaching two in five (37%) consumers say that it would be good to know the origin of ingredients used in sports and energy drinks, for instance Sicilian lemons or Brazilian guarana, while another three in five (29%) would be interested in reduced sugar sports and energy drinks made with plant-derived sweeteners.

What’s more, one in five (20%) say that energy drinks made with superfood ingredients, for example ginseng, are worth paying more for.

“Information on origin of ingredients and reference to how they are sourced could bolster trial of a sports or energy drink. While tropical and ‘punch’ flavours have become popular as brands look to capitalise on sporting events such the Rio 2016 Olympics, more could be done to highlight the origin of exotic ingredients,” concludes Amy.

Sports & Energy Drink Sales In UK To Be Affected If The Price Were To Go Up added by Newsroom on September 8, 2016
View all posts by Newsroom →