By Newsroom on November 30, 2015Comments Off on Stella Artois & John Legend Debut First-Ever Duet with the Stars

Stella Artois and award-winning artist John Legend debuted the first-ever duet between a musical star on earth and actual stars in the sky. “Under the Stars,” an exclusive holiday single written and performed by Legend, will be gifted to America as a part of the Stella Artois “Give Beautifully” holiday campaign. The duet pays homage to the brand’s name, “Stella,” which directly translates to “star” in Latin.

“I’ve always been fascinated by space exploration, so being able to pair that interest with my passion for music makes this collaboration with Stella Artois such a special one,” says Legend. “The sound of stars is ethereal and has this dreamy vibe, which inspired ‘Under the Stars,’ a song about spreading love and togetherness during the holiday season. I couldn’t think of a better way to gift my fans this year!”

Inspired by the raw emotional connections family and friends yearn for during the holidays, “Under the Stars” is written to convey the feelings people experience when they gaze at the night sky; stars are a source of inspiration, optimism and dreams.

“Stella Artois was originally crafted as a holiday gift to the city of Leuven, Belgium and we want to pay tribute to our origin story and inspire the entire country to give beautifully this holiday season,” says Ricardo Marques, vice president, Stella Artois. “Our star-studded collaboration with John is our holiday gift to America, a piece of our storied legacy memorialized in the most beautiful way.”

The Science Behind the Song

Stars are known for illuminating the night sky, but a little-known fact is that stars also make sounds.  The frequencies by which a star’s brightness changes can be translated into unique audible tones; from pulsing beats to ethereal vibes to atonal reverberations, each star has a unique sound.  “Under the Stars” features the distinct sounds of four different stars in the Universe in the song’s intro, outro and chorus. Stella Artois sought the expertise of astrophysicist Zoltán Kolláth to translate and analyze these unique star sounds. 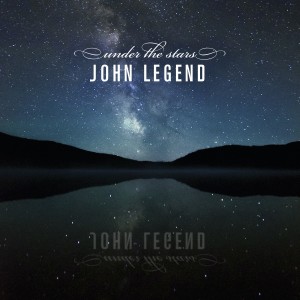 John Legend Performs “Under the Stars” in New York City

Stella Artois will also give the gift of stars to the city that never sleeps – New York City – which rarely experiences a glimpse of the stars. “Stars” by Stella Artois, a first-of-its-kind immersive and interactive light installation, will dazzle city dwellers for a limited-time engagement this holiday. To commemorate the launch of the exhibit on December 9, 2015, Legend will perform “Under the Stars” during an exclusive concert under the lights of the art installation.

Beginning November 30 through December 2, 2015, two lucky fans will have the chance to attend the star-filled launch night by retweeting the brand’s “Under the Stars” Twitter post here. “Stars” by Stella Artois will be open to the public from Thursday, December 10 – Friday, December 11 between 6:00 p.m. – 10:00 p.m. and Saturday, December 12 between 2:00 p.m. – 9:00 p.m. at the Skylight at Moynihan Station.

A Season of Giving Beautifully

Stella Artois & John Legend Debut First-Ever Duet with the Stars added by Newsroom on November 30, 2015
View all posts by Newsroom →