By Newsroom on March 28, 2018Comments Off on The Alternative Meat Co. Asks Aussies to Reduce Meat-Consumption in Latest Campaign via Poem 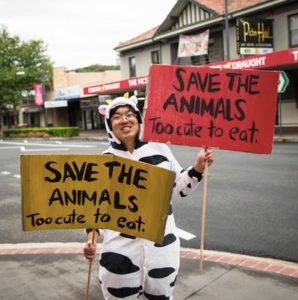 and coming Australian comedian, Aaron Chen, and vegan brand The Alternative Meat Co. (AMC) are taking the fight to Australian meat culture with the flatulent character Carl the Cow starring in a series of hilarious new videos via Poem, highlighting the benefits of eating less meat.

Each of the three videos tackles a different issue in a cheeky fashion, including livestock’s impact on the environment, health benefits of cutting back on meat and also animal welfare. Carl’s adventures see him try to catch cow farts, find love on livestock dating app ‘Farmr’ and convincing the real people of a small town to eat grass.

Following the success of the 2018 Australia Day video collaboration, which attracted more than 700,000 views on Facebook, the series is aimed at feeding an increasing change in Australians’ attitudes towards cutting back on meat-consumption. The collection builds on videos AMC created with Dave Hughes pranking meat lovers and parodying Meat and Livestock Australia’s ‘Eat Lamb’ ad.

Chen was first made famous for his horribly awkward ABC interviews with Aussie fans during the Liverpool versus Sydney soccer match last year. 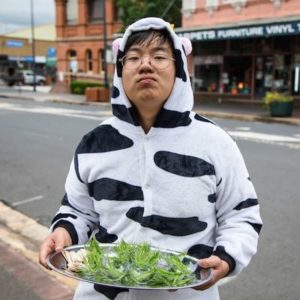 campaign was built from research that found 3.9 million Australians are actively trying to eat less meat, with the number of us eating a mostly vegetarian diet growing by more than a third (36%) in the past three years. When it comes to conscious eating choices, millennials are 59% more likely to avoid or limit meat consumption compared to Gen X1.

Says Dean Epps, general manager at Life Health Foods Australia, the creators of AMC: “Whether for health, animal welfare or environmental reasons, we want to encourage people to consider the amount of meat they eat each week and try an alternative. Every little bit counts.

“The Alternative Meat Co. wants to challenge people’s perceptions of meat alternatives and show that you really can enjoy healthier options with the added benefits that come with reduced meat consumption. 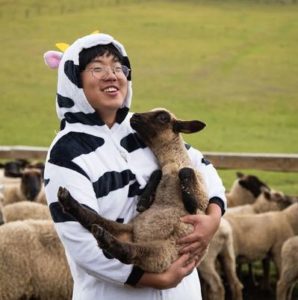 believe the plant-based lifestyle trend is bigger than any single industry, so rather than being fearful of change it is time to embrace it.”

Says Rob Lowe, co-founder, Poem: “Australian food culture is changing, so leveraging interest in meat consumption and using humour to discuss the benefits of cutting back is a no brainer for the Alternative Meat Co.

“There’s so many passionate people for and against meat consumption, that we’ve been able to own part of that conversation on an extremely cost effective budget.”

To help Australians who are looking for a way to decrease meat in their diet (without missing out on a good protein hit), AMC has created a range of cruelty-free, eco-friendly products.

The Alternative Meat Co. Asks Aussies to Reduce Meat-Consumption in Latest Campaign via Poem added by Newsroom on March 28, 2018
View all posts by Newsroom →