By Newsroom on March 6, 2015Comments Off on The English Football Association Name Budweiser as Official Beer of The FA Cup 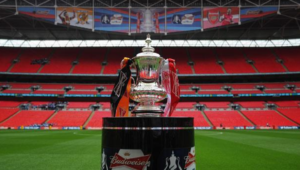 The Football Association has announced a new long term agreement with Budweiser, which will see the iconic brand become the Official Beer Partner of The FA Cup until 2018.

FA Commercial Director, Stuart Turner, added: “This is fantastic news for The FA Cup. We are delighted to be continuing our relationship with Budweiser with a new package of rights tailored to their business needs. After three successful years as Lead Partner for the competition, their continued commitment is testament to the global appeal of the Cup and its ability to engage with fans around the world.” 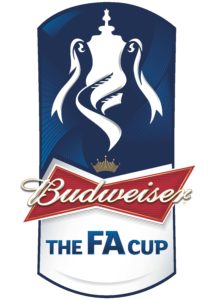 Budweiser is a long-standing supporter of football around the world. It has served as the Official Beer of the FIFA World Cup since 1986 and most recently ran a hugely successful campaign in Brazil during the 2014 tournament.

Budweiser has also been active in England with several grassroots and elite level initiatives allowing fans to experience the excitement of the nation’s favourite game.

Nick Robinson, AB InBev UK Marketing Director, said: “Budweiser was proud and excited to sponsor the world’s oldest and most famous domestic cup competition and had three fantastic seasons doing so. Such was the success of the partnership in reaching our fans and those sharing a passion for the beautiful game, we wanted to continue to celebrate and extend Budweiser’s relationship with The FA Cup through this deal.”

The global reach of The FA Cup competition has again been underlined this year with activity that has dominated headlines across the globe.

The Cup has also been enjoyed by global TV audiences, driven by the bedrock of domestic coverage and in the United States, where the FA Cup Semi-Finals and the Final will be screened across the country. 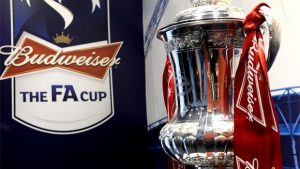 As Official Beer, Budweiser will continue to bring the world’s most prestigious cup competition closer to the fans through an exciting programme of activity.

This will include a continuation of the Budweiser Club Futures programme, which has invested £1m into non-league football over two seasons and was supported by The FA and the League Manager’s Association.

This news, together with another major announcement from Budweiser, due to be revealed later this month, will reinforce the beer brand’s commitment to football.

The English Football Association Name Budweiser as Official Beer of The FA Cup added by Newsroom on March 6, 2015
View all posts by Newsroom →