By Newsroom on November 27, 2018Comments Off on Tiger Beer Creates 3D Installations to Showcase ‘District’ Bottles on the Streets of Singapore

Tiger Beer has launched larger than life 3D versions of its bottle at bus shelters to celebrate a limited-edition Singapore district bottle series. 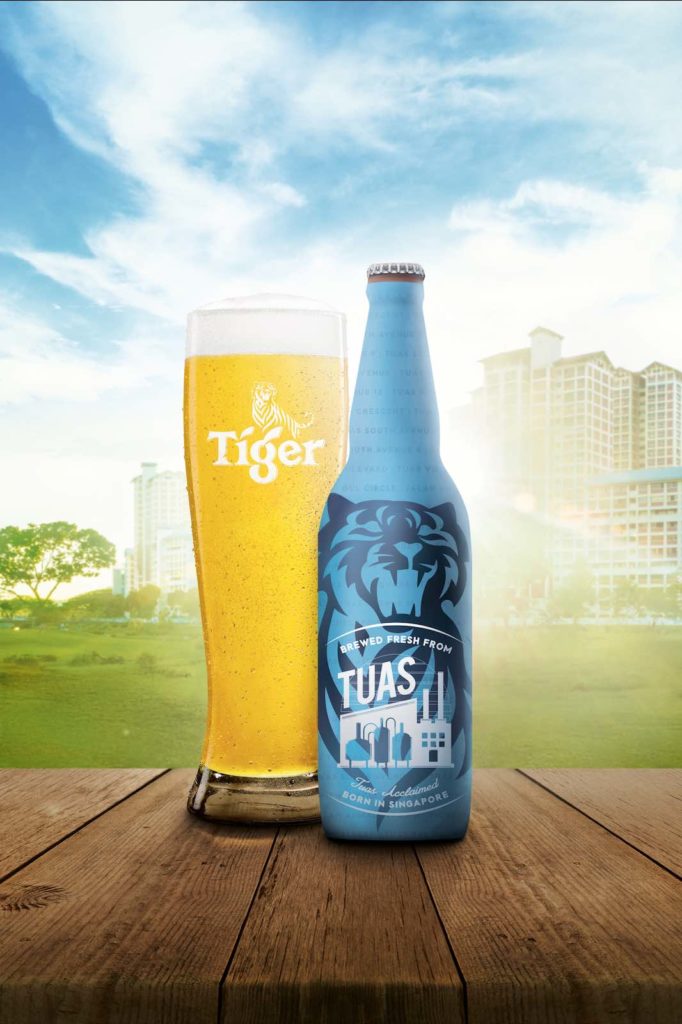 According to the Asia Pacific Breweries-owned brand, these district bottles showcase artwork which is inspired by cultural elements that define each district. The public gets to vote for the district to earn decoration on the next Tiger Beer bottle.

In the installations, a collaboration between Clear Channel Singapore, Starcom and BBDO Singapore, the pint is positioned beside the 3D Tiger beer bottle which is filled up with ‘beer’ using a water tank and filter. The effect mimics bubbles of gas rising to the surface, to represent the carbon dioxide that is produced during fermentation.

High traffic sites like Robinson Road were chosen for the 3D Tiger Beer installation to target the 24 to 35-year-old males who are classified as ‘the smart urban men’ and a ‘digital native’.

“Tiger needed an idea that would rally the community to local and encourage votes for the campaign – Tiger Beer’s District Elections,” explained Amanda Woo, head of client partnerships and business development at Clear Channel Singapore. “So, we created a stunning life-sized 3D tiger bottle which showcased the iconic landmarks of the districts. For creative impact, we added bubbling effects that make it look like a real pint of beer.”

Tiger Beer Creates 3D Installations to Showcase ‘District’ Bottles on the Streets of Singapore added by Newsroom on November 27, 2018
View all posts by Newsroom →