By Newsroom on February 27, 2018Comments Off on TricorBraun Provide Packaging For Ready-To-Drink Vodka Cocktail, The 1970 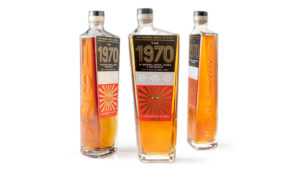 When Ikeda Feingold needed a packaging partner to bring a family cocktail tradition to life, her search led her to rigid packaging leader TricorBraun.

Feingold’s product, The 1970, is an original, ready-to-drink vodka cocktail based on a family recipe since 1970 made with 19 exotic fruits, spices and botanicals and is 70 proof, thus the name The 1970.

Launched in spring 2017, The 1970 can be served neat over ice, as a shot, or mixed with any other spirit, juice or soda, used in place of straight vodka in a cocktail. “The applications are endless,” according to Feingold.

“I was a small fish in a big pond with a brand-new product concept,” said Ikeda Feingold, entrepreneur and The 1970 vodka’s creator. “I was new to the process and searched online for glass manufacturers. I wasn’t hearing back from companies I thought could help me, but TricorBraun responded immediately. They were so patient and even though I was a small company, they took me seriously.”

The 1970 was created to appeal to millennials, who have a more sophisticated and global palate than previous generations. 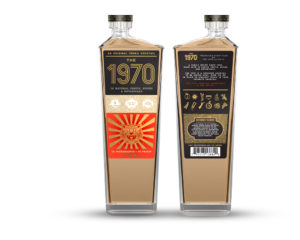 “Millennials didn’t really have a spirits product of their own,” said Feingold. “I noticed they were romanticizing previous decades in their music and fashion choices and gravitating toward the 1970s in particular. Everything old was new again. At the same time, the 1970s was symbolic of my youth.”

Feingold knew she wanted to deliver her cocktail in a tall, glass bottle with a mix of feminine and masculine design elements. She wanted her product, a new concept in vodka-based spirits with a modifier, to stand out from brown liquors, typically packaged in short bottles. “I wanted to it to be thought of as a liqueur but I didn’t want it to look like a liqueur bottle,” she said.

To achieve the look, an offset neck – which is uncommon for a glass-bottled product – was essential to her vision. Feingold shared her napkin sketch idea with Marco Serrano, TricorBraun’s design development manager.

“Ikeda’s design inspiration was sophisticated, elegant, high-end – and not manufacturable,” said Serrano. “Our challenge was to develop a manufacturable design without compromising the customer’s vision and to find a vendor who could produce the desired look. Today all necks are centered.” 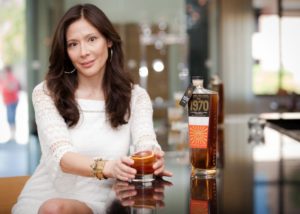 Serrano and the TricorBraun team conducted a spirits merchandising audit and, working closely with Feingold throughout the process, quickly created a tapered design with an offset neck and broad shoulders that blended the reality of manufacturing with Feingold’s vision. “This is absolutely one of my favorite designs of the past ten years,” said Serrano.

The team worked to find the right bottle supplier in Italy – a supplier who could produce the offset neck and handle the intricate embossed elements on the sides of the bottle without fracturing the glass. Given the design’s tapered, flat panels, and heavy thick base the vendor used a semi-automatic process to mold the bottles. The final bottles were also hand-labeled and hand-filled which was required due to the unique, stylized shape.

Feingold said TricorBraun was instrumental in guiding her through the production process.

“There was no way I could have done this without TricorBraun,” said Feingold. “It was so important to me to get the bottle design right and TricorBraun was incredibly helpful, not only developing the final, engineered design but negotiating on my behalf to source all of the packaging elements: the glass bottle, the labels, hang tags, caps, boxes, cartons… everything. At the same time, they were generous in their guidance, taking me through the process step-by-step and making sure all of the design elements worked together.” 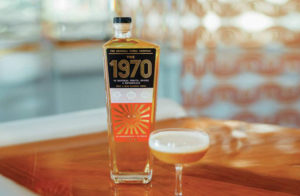 Currently available at on-premise locations in Georgia, The 1970 has exceeded sales expectations. Feingold expects to launch the product in a few more states, including South Carolina and Florida.

She attributes 90 percent of The 1970 vodka’s sales success to the product’s design.

“I wanted the bottle’s look to give the feeling that it’s been around for a long time, but yet also modern and new,” she said. “People have been very receptive, and that’s in large part due to the look of the product and its packaging.”

TricorBraun Provide Packaging For Ready-To-Drink Vodka Cocktail, The 1970 added by Newsroom on February 27, 2018
View all posts by Newsroom →