By Newsroom on June 4, 2013Comments Off on Truly Ice-Cold Coca-Cola, Served In Bottles Made Entirely Of Ice

Coca-Cola has launched a fun ad campaign in Cartagena, Columbia that brings home the point that the famous soda is best served ice-cold.

The ad shows samples of Coca-Cola being handed out to sweating beach-goers on a hot day—the scene appears commonplace, except for the fact that the gassy beverage is served in an intriguing ice-made bottle instead of the regular plastic or glass ones.

The literally ice-cold bottles of Coke is promoted as being eco-friendly in the ad, as they simply melt away into water after use—however, Foodbeast has noted the hygiene hazard of such a packaging. 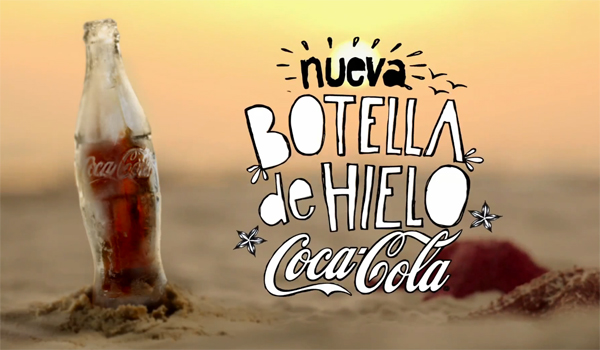 Truly Ice-Cold Coca-Cola, Served In Bottles Made Entirely Of Ice added by Newsroom on June 4, 2013
View all posts by Newsroom →