Snack brand Tyrrells is embracing the preposterous for its first ever television ad campaign, a £2.5m promotion supported by video on demand, outdoor and social media.

Taglined ‘It’s absurd what we do before Tyrrells gets to you’ the wacky push gives life to the idiosyncratic black and white figures which grace its packets of crisps by giving them a voice – step forward actor and impressionist Peter Serafinowicz. 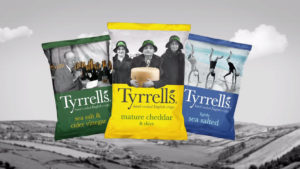 Conceived by Wieden+Kennedy London, the off the wall campaign goes all out to play up the absurd lengths to which the Herefordshire crisp maker will go to in order to create the perfect snack.

Adam Draper, marketing director at Tyrrells, said: “As our first ever TV advert, we wanted to bring to life the quirky and irreverent nature of the Tyrrells brand but also explain why our crisps taste so absurdly good. We hope that this TVC will tell our story in a way that entertains and ultimately convinces people to go out and try our fantastic hand-cooked crisps.” 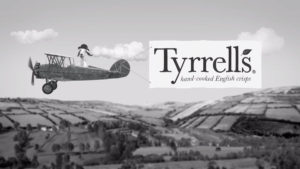 Ray Shaughnessy, creative director at Wieden+Kennedy London, added: “The world of Tyrrells is a distinctively English and barmy one and it’s been a total pleasure bringing it to life. Working with Dog & Rabbit, we’ve taken the characters that everyone sees on pack and thrown them together with a bunch of other eccentrics, re-imagining life in Tyrrells’ home of Herefordshire. Most importantly though, we’ve set out to remind people what makes Tyrrells: absurdly amazing crisps!”

Tyrrells has successfully carved out a niche for itself as a luxury crisp maker, with penetration growing by 35% over the past two years alone, helped by consistent messaging designed to position the brand as authentically English and a little bit different.