By Newsroom on September 14, 2017Comments Off on W+K Shanghai Brings Colonel Sanders Back to China with Freshly Ground Coffee

KFC started serving freshly ground coffee across the country in 2016, but people didn’t believe KFC was truly serious about coffee. 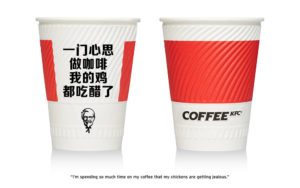 For KFC’s 30th anniversary, Wieden+Kennedy (W+K) Shanghai brought Colonel Sanders back to China with freshly ground coffee and a Kentucky bluegrass musical that hijacked one of China’s most recognizable folk songs.

W+K redesigned KFC’s coffee cups, which are now available in 4600+ stores, did in-store takeovers, and even created chicken-drumstick stirrers for the coffee.

Highly graphic OOH supported the campaign explaining how the Colonel was so busy with his coffee that his chickens were getting jealous. 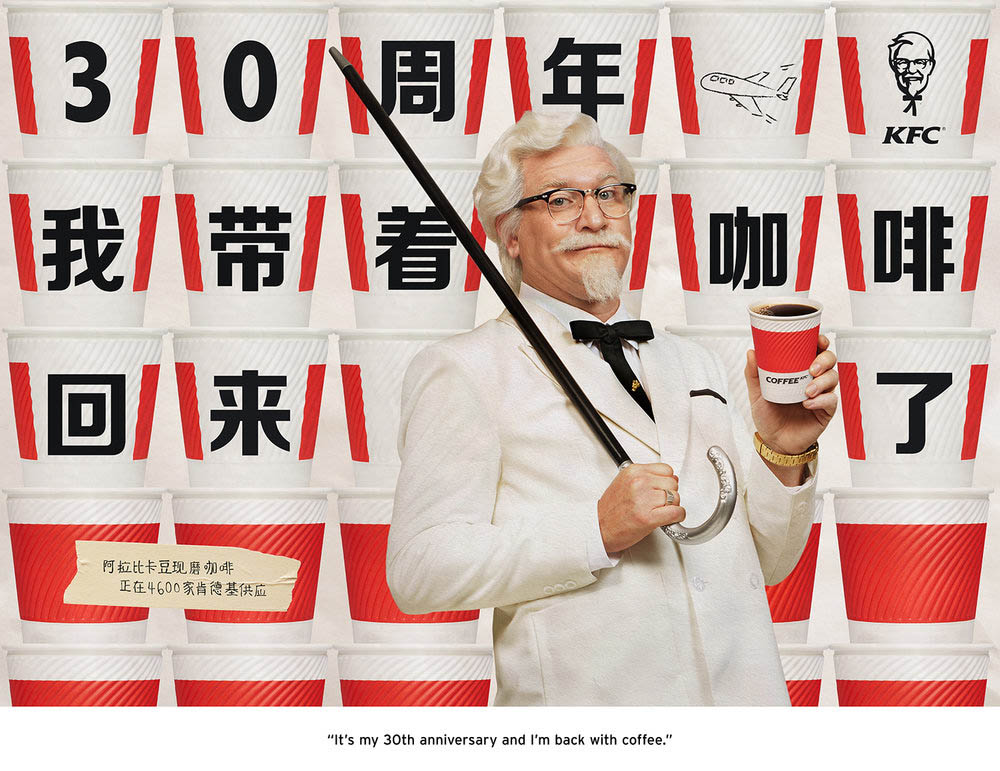 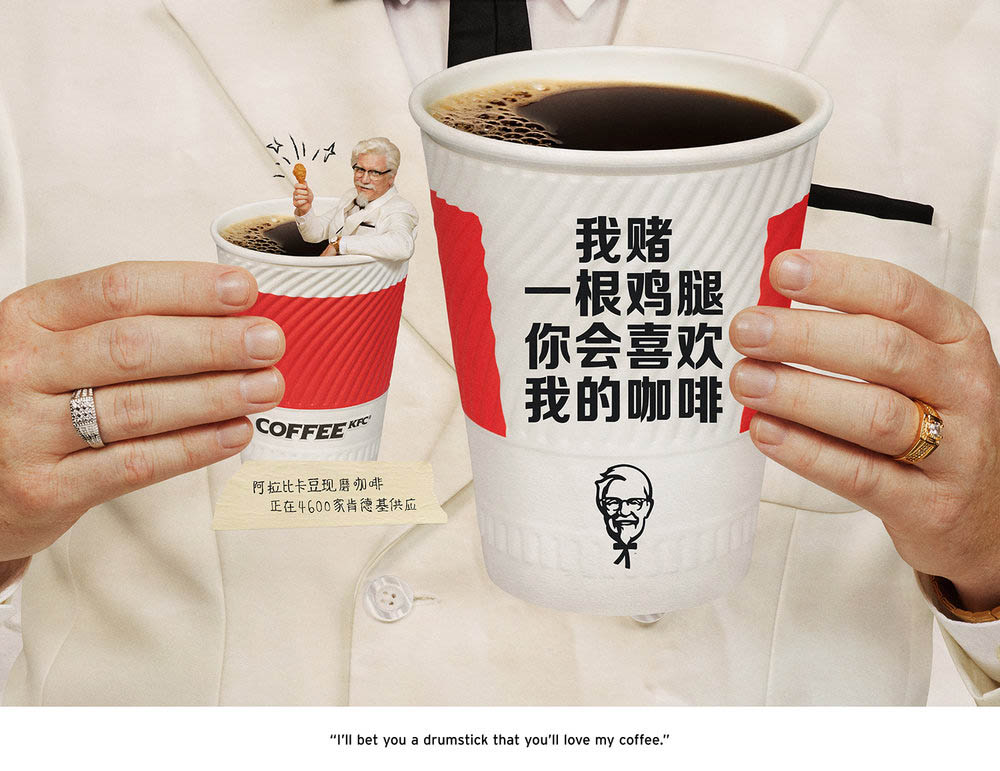 W+K Shanghai Brings Colonel Sanders Back to China with Freshly Ground Coffee added by Newsroom on September 14, 2017
View all posts by Newsroom →