By Newsroom on July 1, 2016Comments Off on Absolut Labs Team with deadmau5 for Unique VR Gaming Experience

Absolut Labs unveils Absolut deadmau5 – an interactive virtual reality gaming experience created in collaboration with world renowned electronic musician Deadmau5, which invites fans to join the artist on an epic night out in his own virtual world. 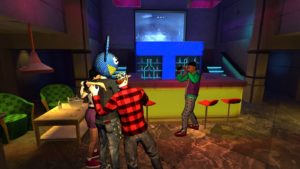 As the latest venture from Absolut Labs, the brand’s nightlife think-tank and idea incubator, Absolut deadmau5 is part of the brand’s ongoing mission to redefine and reimagine nightlife through its Absolut Nights campaign. Connecting people in new and unexpected ways – both in the real world and, now, the virtual world – is in the DNA of the Absolut Nights campaign, creating nights that memories are made of. 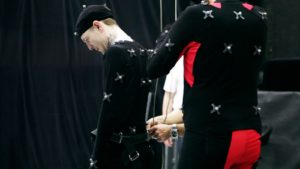 Combining live-action, motion capture and the latest videogame technology, Absolut deadmau5 puts fans in the driver seat as they guide the artist through a virtual journey from his actual studio, navigating various obstacles and surprises, before culminating in a live performance of his exclusive new track, “Saved.”

“Absolut has always pushed the boundaries of creative collaborations, from Andy Warhol to Lady Gaga, to foster unique connections between artists and fans,” said Afdhel Aziz, Director, Absolut Labs. “With Absolut deadmau5, we’re continuing our ongoing exploration of nightlife, using virtual reality as a canvas to create an epic, cinematic journey that celebrates spontaneous, adventurous nights out – that you can experience anytime, anywhere, anyplace.” 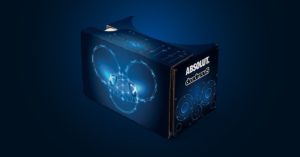 Fans who pre-order the exclusive Limited Edition Absolut deadmau5 VR cardboard headset at Absolutdeadmau5.com, which was designed in collaboration with the artist, will be the first to best experience the Absolut deadmau5 app and hear the new deadmau5 track on July 27th.

“It’s no secret I’m a huge gamer. Video games have always played a major role in my life,” says electronic music producer deadmau5. “I couldn’t pass up the opportunity to create my own VR gaming experience, especially when it meant I could bring a broad set of fans on an interactive journey alongside me and share my music with them in a whole new way.” 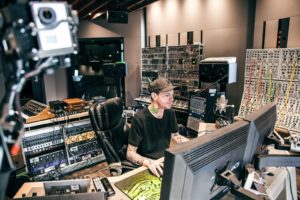 The Absolut deadmau5 experience begins in the artist’s garage with a guest appearance from his Instagram-famous cat, Meowingtons. Here, users help deadmau5 find his car, complete with a driver, and set out on a journey toward a nighttime gig. For the next scenes, users maneuver past obstacles ranging from skeptical bouncers to selfie-taking fans to get deadmau5 to his concert destination on time. The culmination of the experience is a concert in which the artist performs his new track, “Saved” in front of a live audience shot in the artist’s hometown of Toronto.

Absolut deadmau5 is the second VR project to come out of Absolut Labs, an experimental and creative venture dedicated to creating inclusive and innovative experiences that help shape the future of nightlife. 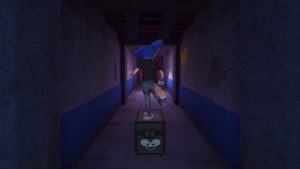 The Absolut deadmau5 app will be available for download in all major app stores, including iOS, Android and Samsung, and is best experienced using the Limited Edition Absolut deadmau5 VR cardboard headsets – available now for pre-order for $17.95, at Absolutdeadmau5.com.

Absolut Labs Team with deadmau5 for Unique VR Gaming Experience added by Newsroom on July 1, 2016
View all posts by Newsroom →