Aesop Dish up a Digital Hit for Tic Tac

By Newsroom on July 30, 2014Comments Off on Aesop Dish up a Digital Hit for Tic Tac 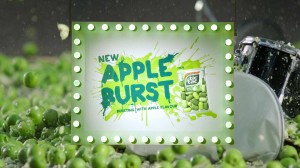 The final film of the campaign – ‘Kitten’ – is currently being shown and has proved to be the most popular with close to 4000, 000 views (and counting…).

A drum kit, greenhouse and a caravan are amongst the objects that met their waterloo courtesy of the nations favourite fruit. The glorious and surreal moment a tonne of apples dropped from a great height obliterates the various objects – exquisitely captured by feature film DP Gary Shaw – has become a massive Internet hit.

The films, which were voted for by the public, have also generated more than 100,000 Facebook views.

“We are thrilled with the results,” explains a Ferrero spokesperson “This campaign exceeded our expectations and was a new way for tic tac to engage with consumers. It has clearly captured the nation’s imagination – particularly amongst 18-24 year olds”.

Aesop Dish up a Digital Hit for Tic Tac added by Newsroom on July 30, 2014
View all posts by Newsroom →