By Newsroom on September 21, 2016Comments Off on Bacardí Celebrates Consumers’ Nocturnal Side with New “We are the Night” Campaign

Bacardí rum introduces “We Are the Night,” an integrated, global campaign that revels in the distinctive night personas that come to life under the cover of darkness; daytime conventions are shed, under the notion that while some “carpe diem,” others “carpe noctem.” 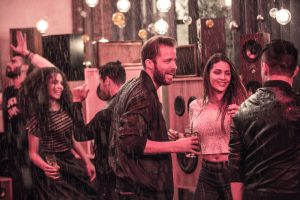 The campaign launches with a 30-second TV spot that features a cast of nighttime archetypes, ranging from the “Brave Shirts,” the guys in the group with the confidence to wear the boldest fashion statements, the “Last Train Sprinters” who maximize the night by staying out until the minute the last train departs for home, to the “Glow Gals” (known as “Screen Queens” outside of the U.S.) whose faces are illuminated by the glow of their phone screens, from which they’re posting all night long. 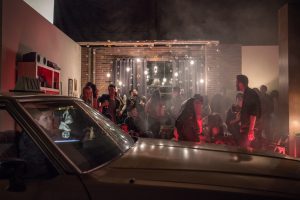 Directed by Academy Award-winning screenwriter, director, and producer, Michel Gondry, who is best known for his work on Eternal Sunshine of the Spotless Mind, the spot is shot from the point-of-view of a taxi passenger. It takes the viewer on an immersive journey through an exciting night out, encountering the unique cast of characters along the way, presented in the inventive visual style and whimsy for which Gondry is best known. 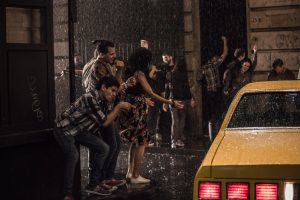 The campaign and activations capture the concept that, like the iconic Bacardí bat, people come to life when darkness falls. Influenced by the “Bacardí Untameable” positioning, “We Are the Night” celebrates the liberation of nighttime. The creative focuses on the big night out occasion with Bacardí & Cola leading the drink strategy in the United States and Bacardí Mojito in Europe. 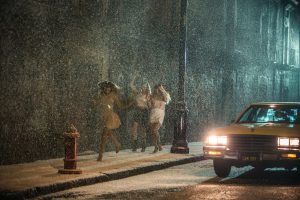 “Bacardí understands the night better than anyone else given our brand icon, the bat. The ‘We Are the Night’ campaign recognizes that the night is so much more than a time of day. It’s a unique world, with vastly different behaviors, and we hope to capture that through the campaign and immersive consumer experiences,” says Mauricio Vergara, Chief Marketing Officer for Bacardi in North America, and global lead for the Bacardí rum brand. 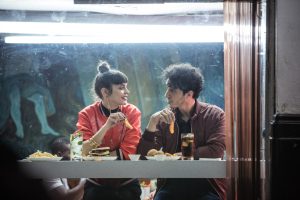 “We’re on a mission to reclaim the iconic status of the Bacardí brand. A globally consistent strategy combined with strong investment in our core range and dynamic artist collaborations – such as No Commission with Swizz Beatz– are engaging people with the brand again. It’s only just starting to get interesting.”

From the small screen to reality, the “We Are the Night” campaign allows consumers to enhance the night through a range of advertising and digital channels, including TV, online video, digital video, and mass and targeted social (Facebook, Instagram, Twitter, Snapchat, etc.). 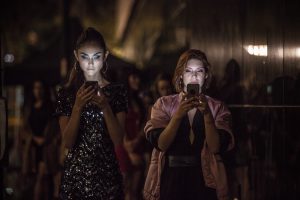 Out-of-home will run in markets including Miami, Chicago, Dallas, Los Angeles and New York, concentrating on heavily trafficked nighttime areas. Mobile buys will be geared to targeting people when they are closest to their destinations (i.e. night clubs and bars) in real-time. Social vignettes will live on the Bacardí owned channels expanding upon additional archetypes you might discover at night.

The “We Are the Night” TV spot airs tonight between 7pm and 9pm, September 21, in the United States on nighttime cable networks including as TBS, Spike, BET, BBC, and will also air during late night on The Tonight Show on NBC.

Bacardí Celebrates Consumers’ Nocturnal Side with New “We are the Night” Campaign added by Newsroom on September 21, 2016
View all posts by Newsroom →