By Newsroom on December 12, 2014Comments Off on Ben Collins Teams with Budweiser to Become ‘Des’ignated Driver 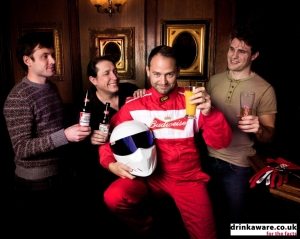 The former Stig is set to become the ultimate designated driver this Christmas, having teamed up with Budweiser to encourage people to celebrate responsibly over the festive season.

Ben Collins, who famously played the role of The Stig for several years, and is renowned as one of the world’s most accomplished drivers, will become a ‘Des’ for one lucky winner on 18th December to celebrate Budweiser’s Designated Driver Day, the last Thursday night before Christmas which is traditionally the busiest for parties across the UK.

The initiative aims to raise awareness of the importance of appointing a ‘Des’ and drinking responsibly, especially during the holiday season. One lucky Budweiser fan will have the chance to win a ride home with the former Stig on Budweiser’s Twitter page from December 11.

To coincide with this partnership, Budweiser has also unveiled new research which highlights the importance of the Des role over the festive season, with nearly half of Brits polled (46 per cent) saying they will appoint a designated driver at least twice for a night out this Christmas. The unsung hero of the British night out, a patient Des also helps choose the food for their passengers with the most requested stop being the local kebab house (30 per cent), followed by a burger van (25 per cent).

The generosity continues with over half of British designated drivers (56 per cent) happy to drive up to 15 miles to drop their mates off after a night out. Christmas party-goers are a grateful bunch, though, with 80 per cent happy to let their Des decide when to call it a night.

The research also revealed that while the majority of Brits (62 per cent) do recognise that there is nothing you can do to speed up the rate at which alcohol leaves your system the next morning, 38 per cent were unaware and may not plan for the next day.

The campaign therefore also aims to educate consumers as to the importance of planning for their ‘morning after’ journey, not just the journey home after the night out, both during the night by alternating the alcoholic drinks you do have with soft drinks or water, stopping drinking alcohol well before the end of the night, and having a good night’s sleep. Consumers are also encouraged to ensure alternate transport is available the next day, such as public transport.

Ben Collins, said: “It’s particularly important over Christmas as party season kicks in that people consider how they might get home before they set off for their night out, but people really need to be thinking about it all year round. As for me being a Des for some lucky Budweiser fans, it’s a role I’ve certainly played before and I’m very proud of this campaign. I’ve clocked up plenty of miles in some exotic locations throughout my driving career and in my previous job as the Stig, so I think that’s why my mates have often wanted me to be their Des. The ideal designated driver needs an abundance of patience, some decent music and, as the poll has found, ultimately to be a safe driver.” 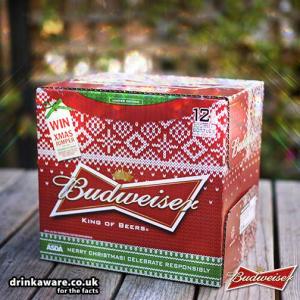 As part of Budweiser’s commitment to supporting designated drivers this Christmas, consumers have the chance to win a unique Budweiser Celebrate Responsibly Christmas Jumper for themselves, or their designated driver friends, through limited edition packs in Asda and a competition which fans can enter on Budweiser’s UK Twitter page. They will also be giving road safety organisation, RoadSafe, a festive donation to the tune of £10,000.

Jennifer Anton, Budweiser UK Marketing Manager, said: “The role of the designated driver is very important, especially over the Christmas period, which is why Budweiser believes they should be acknowledged and celebrated. We want to encourage people to have great times and enjoy a beer this Christmas, but also ensure they have a plan to get home safely and responsibly.”

Ben Collins Teams with Budweiser to Become ‘Des’ignated Driver added by Newsroom on December 12, 2014
View all posts by Newsroom →