Buchanan’s announced the launch of a new, national marketing campaign in the US ­– Es Nuestro Momento. The 360 campaign aims to empower a new generation of Latinos with the belief that their cultural pride is key to unlocking true greatness. The campaign – developed in collaboration with Anomaly – premiered October 9.

Buchanan’s believes true greatness should be recognized and elevated. To help amplify the influence of Latino greatness in culture, Buchanan’s has partnered with global Latin music superstar, Hispanic Heritage Award winner, and Latin GRAMMY-winning artist J Balvin for its Es Nuestro Momento campaign. Considered a vocal advocate of Latino culture and someone who represents his heritage through his craft with the utmost pride, Balvin embodies the brand’s belief that true greatness comes from embracing who you are and where you come from.

“It’s an honour for me to be partnering with such an iconic brand like Buchanan’s to promote the greatness, diversity and richness of our culture,” said Balvin on the collaboration. “I feel a deep connection with this Buchanan’s campaign because it truly is our time – Es Nuestro Momento – to take pride in our culture and to be celebrated as leaders of a new generation.” 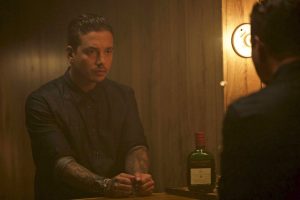 Created in 1884 by James Buchanan, one of the great businessmen of his time and a pioneer in the world of whisky, Buchanan’s has more than 130 years of authentic heritage. The brand has long been a favourite among Latinos and is the largest premium Scotch brand in Latin America. For the past 10 years, Buchanan’s has experienced considerable growth in the US, where it is the fastest growing Scotch. Buchanan’s is leveraging this significant momentum by continuing its commitment to and support of the Latino community, which has significantly contributed to this growth.

“Buchanan’s has deep roots in the Latino community, going back generations and transcending borders,” said Tara King, brand manager, Buchanan’s at Diageo. “At a time when cultural appreciation has never been more significant, we hope our campaign inspires a new generation of whisky fans to take pride in their heritage, and to embrace this pride as a key to achieving greatness.” 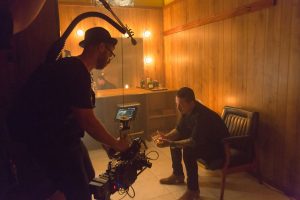 The “Es Nuestro Momento” campaign debuted October 9 on Telemundo and CNN. It will continue to be brought to life through out-of-home advertising, television spots, digital ads, with dedicated responsible drinking creative, social media, and a consumer contest launching in 2017.

Balvin has composed a song titled “Es Nuestro Momento,” which will release in early 2017. At that time, Buchanan’s will invite fans and music lovers of legal drinking age to create and remix their own version of the song for a chance to meet Balvin. The contest will launch in February 2017 and additional details will be announced at that time.

Buchanan’s shares the Latino community’s passion for music and is committed to celebrating the greatness of Latin music and talent by being the official spirits sponsor of the Latin GRAMMY Awards for the third consecutive year.