By Newsroom on May 10, 2016Comments Off on Budweiser Emblazons America on Cans & Bottles For New Push 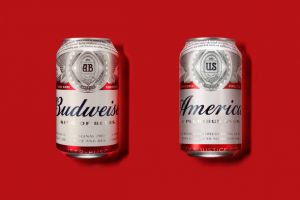 Anheuser-Busch’s Budweiser is taking its longstanding tradition of patriotic packaging even further this summer by replacing “Budweiser” with “America” on the front of its 12-oz. cans and bottles.

The brand is also modifying Budweiser’s iconic label to add copy that is central to American history, including phrases from the Pledge of Allegiance and lyrics from “The Star Spangled Banner” and “America the Beautiful.”

On shelves US-wide from May 23 through the election in November, these cans and bottles aim to inspire drinkers to celebrate America and Budweiser’s shared values of freedom and authenticity. 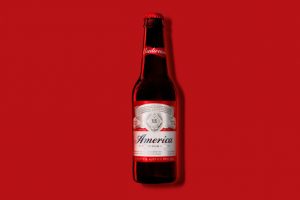 Designed in partnership with Jones Knowles Ritchie New York, Budweiser’s bold new look serves as the focal point for its summer-long campaign—”America is in Your Hands”—which reminds people from sea to shining sea to embrace the optimism upon which the country was first built. The “America” cans and bottles will star in the brand’s new national TV spot, premiering June 1.

“We are embarking on what should be the most patriotic summer that this generation has ever seen, with Copa America Centenario being held on US soil for the first time, Team USA competing at the Rio 2016 Olympic and Paralympic Games,” said Ricardo Marques, vice president, Budweiser. “Budweiser has always strived to embody America in a bottle, and we’re honoured to salute this great nation where our beer has been passionately brewed for the past 140 years.” 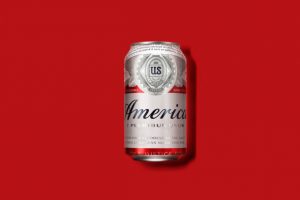 The “America is in Your Hands” campaign will come to life this summer during culturally relevant moments where Budweiser will be present, including Fourth of July celebrations, the Copa America Centenario soccer tournament, the 100th anniversary of the National Park Service, and events to celebrate the brand’s six Team Budweiser athletes competing to appear in the Rio 2016 Olympic and Paralympic Games. The campaign will include billboards, murals, digital content, and retail activations along with additional surprises to be revealed throughout the summer.

Budweiser is also unveiling new cans and bottles featuring a magnified view of the Statue of Liberty’s torch, inspired by Team Budweiser, the brand’s six Olympic and Paralympic hopefuls. On shelves from May 23 through mid-September, the “Torch” packaging will be available in 16-oz. and 25-oz. cans, along with 16-oz. aluminum bottles.

Budweiser Emblazons America on Cans & Bottles For New Push added by Newsroom on May 10, 2016
View all posts by Newsroom →