By Newsroom on November 28, 2017Comments Off on Budweiser to Launch Barley into Space in December to Begin Research on Future of Beer 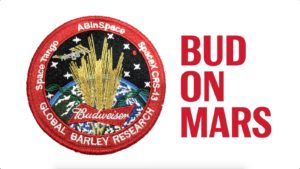 Budweiser is upholding its commitment to be the first beer on Mars by confirming upcoming experiments on the International Space Station with plans to send and study barley – one of its key ingredients – into space in early December.

The reason? Earlier this year at the South by Southwest conference, Budweiser announced its goal to be the first beer on Mars – offering a colonised red planet the same enjoyments provided here on earth, including fresh beer! And while socialising on Mars might be in the near-distant future, Budweiser is taking steps now to better understand how its ingredients react in microgravity environments so that when we get to Mars, Budweiser will be there. 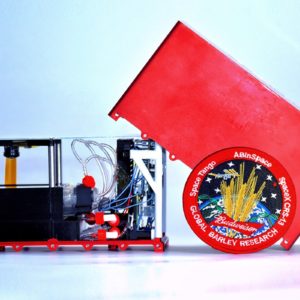 To kick-start its research on microgravity beer, Budweiser is partnering with experts in the field, including CASIS who manages the International Space Station U.S. National Laboratory, and Space Tango, a payload development company that operates two commercial research facilities within the National Lab.

Together the group, along with Budweiser’s innovation team, will initiate two barley experiments via SpaceX’s upcoming cargo supply mission, scheduled to launch on December 4 from Cape Canaveral Air Force Station, Florida. Once on the International Space Station, Budweiser’s barley will stay in orbit for approximately one month before coming down to be analysed. 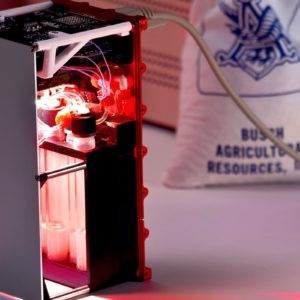 “Budweiser is always pushing the boundaries of innovation and we are inspired by the collective American Dream to get to Mars,” said Ricardo Marques, vice president, Budweiser. “We are excited to begin our research to brew beer for the red planet.”

Budweiser’s innovation team selected barley, one of its core ingredients, to be the focus of the first two experiments in space. Malting barley is a process that results in the high-quality malt used in the Budweiser enjoyed today and the research on the International Space Station will unveil how the barley seeds react in a unique microgravity environment. 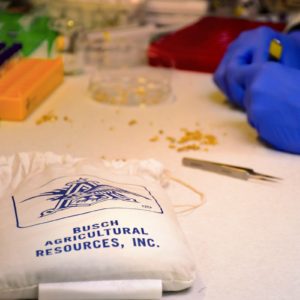 One of the experiments will focus on barley seed exposure with the second testing barley germination. Not only will the research offer insights on steps to creating beer on the Red Planet, but it could also provide valuable information on the production of barley and the larger agricultural community here on earth.

Scheduled to launch on Monday, December 4, twenty Budweiser barley seeds will be sent to the International Space Station, packaged in two Space Tango CubeLabs on SpaceX’s CRS-13 mission. The seedlings will be in orbit for approximately 30 days, before being brought back down to earth for Budweiser’s innovation team to analyse – setting the foundation and blueprint for Budweiser’s next move in brewing the beer of the future.

Budweiser to Launch Barley into Space in December to Begin Research on Future of Beer added by Newsroom on November 28, 2017
View all posts by Newsroom →