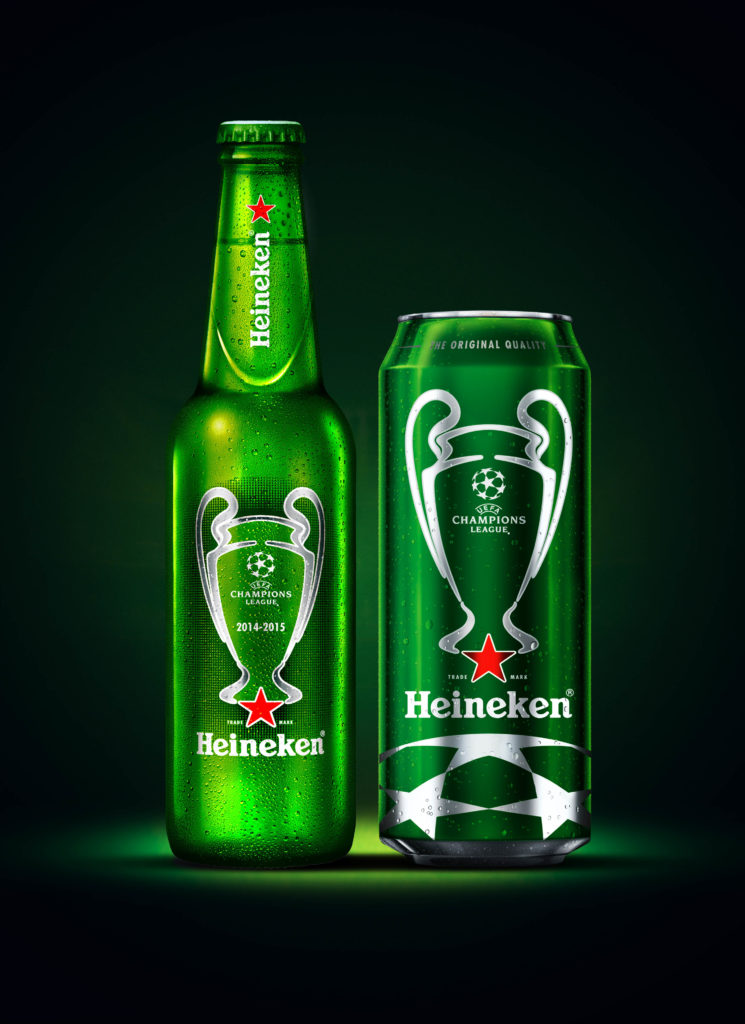 In a global project combining two iconic brands, Heineken and UEFA Champions League (UCL), Bulletproof was tasked with designing packaging and a visual identity system that would elevate the match viewing experience and place Heineken at the very heart of the UCL viewing ritual. The new visual identity also needed to reflect the core theme from Heineken’s promotional strategy and accompanying television commercial, ‘Champion the Match’, where the central figure creates the perfect match-viewing scenario for him and his shipmates.

After exploring several routes, Bulletproof’s packaging design for the Heineken UCL bottle and can utilises Heineken’s famous red star as a device to create an iconic connection between the two brands. On the bottle, the UCL trophy is given a premium look and feel with a new glow and silver foil. On the can, use is made of the UCL starball to enhance the new design. 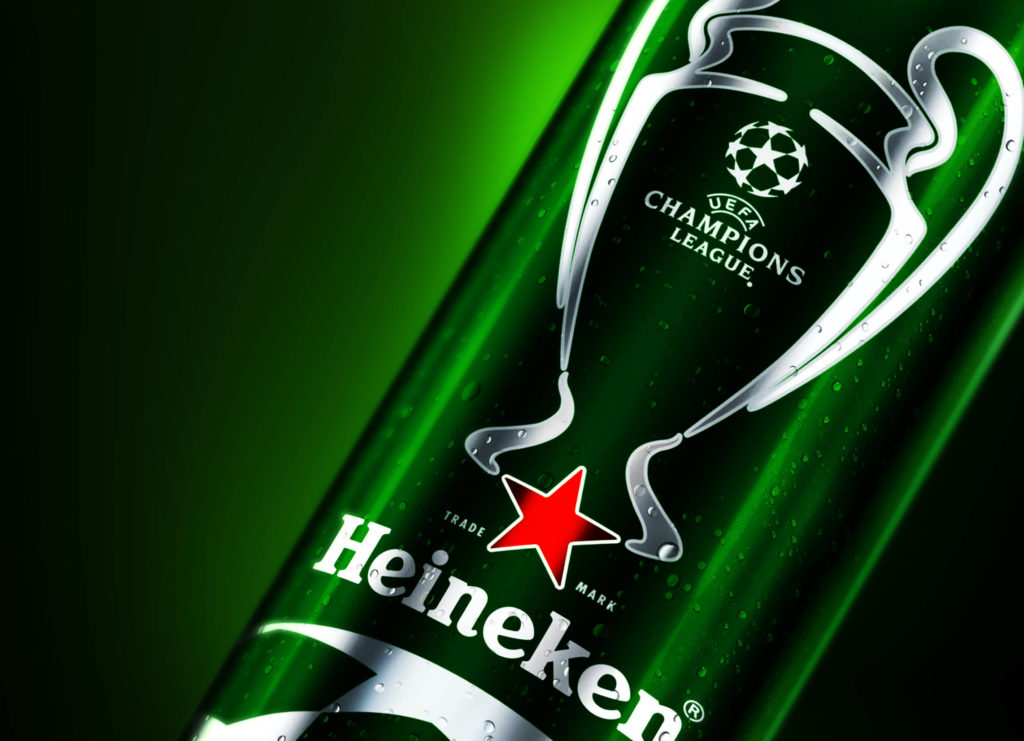 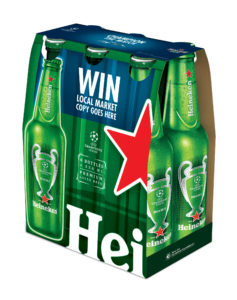 The secondary packaging is directly inspired by the Heineken UCL ‘Champion the Match’ television commercial, set aboard a freight ship where the main character pulls on all his resources and utilises contents from a shipping crate to provide his fellow companions with the best experience to enjoy watching the football match. Bulletproof communications creative director explained: “For the secondary packs, boxes and cases for example, the shipping crate theme is translated in a subtle way – so consumers can ‘open up a door of the crate to join in the iconic world of UEFA Champions League football.”

Els Dijkhuizen, Heineken design manager commented, “UEFA Champions League is the ultimate stage for Football champions. We were looking to create a clean, simple and iconic design that celebrated the connection between the two famous brands, Heineken and UEFA. We wanted a system that was expressive, and iconic. Bulletproof has been the perfect partner during the process, providing a strategic understanding of both the Heineken and UEFA Champions League brands. The team at Bulletproof have delivered world class packaging and design for a world class event.” 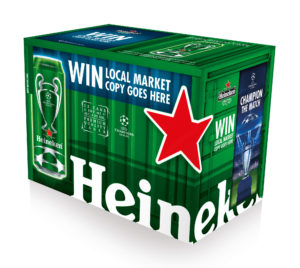 Bulletproof communications creative director explained, “Heineken is a notably inclusive brand that always strives to connect with its consumers and bring them closer to the experience. With this project, Heineken required the packaging and visual identity to reflect the same notion as the television commercial – to empower consumers enjoying the UCL, helping them to make more out of the match, with a call to action of ‘Champion the Match’.

The core challenge was the careful connection of existing Heineken and UEFA Champions League brand identities. Bulletproof communications creative director commented: “More typically on design projects you’re dealing with one central brand identity. However in this case we needed to create a strong campaign combining two hugely well known brands in a new and celebratory way across packaging and a visual identify system – all while being sure to adhere to existing Heineken and UCL brand guidelines, standards and requirements.” 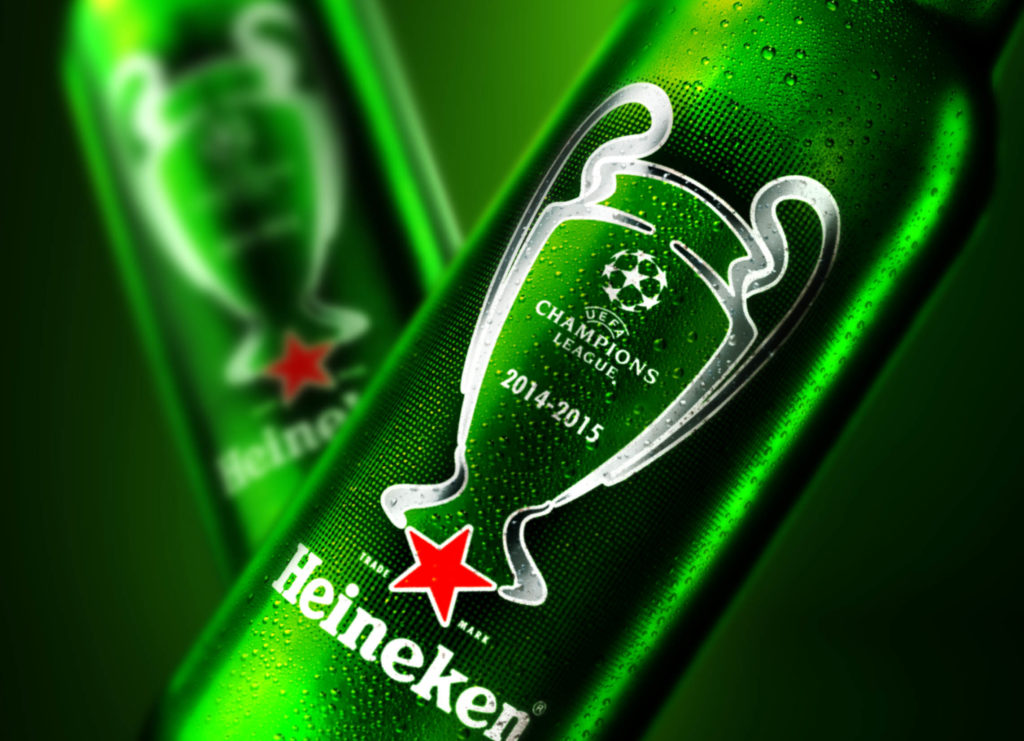 In addition to the primary and secondary packaging design, the visual identity system included: 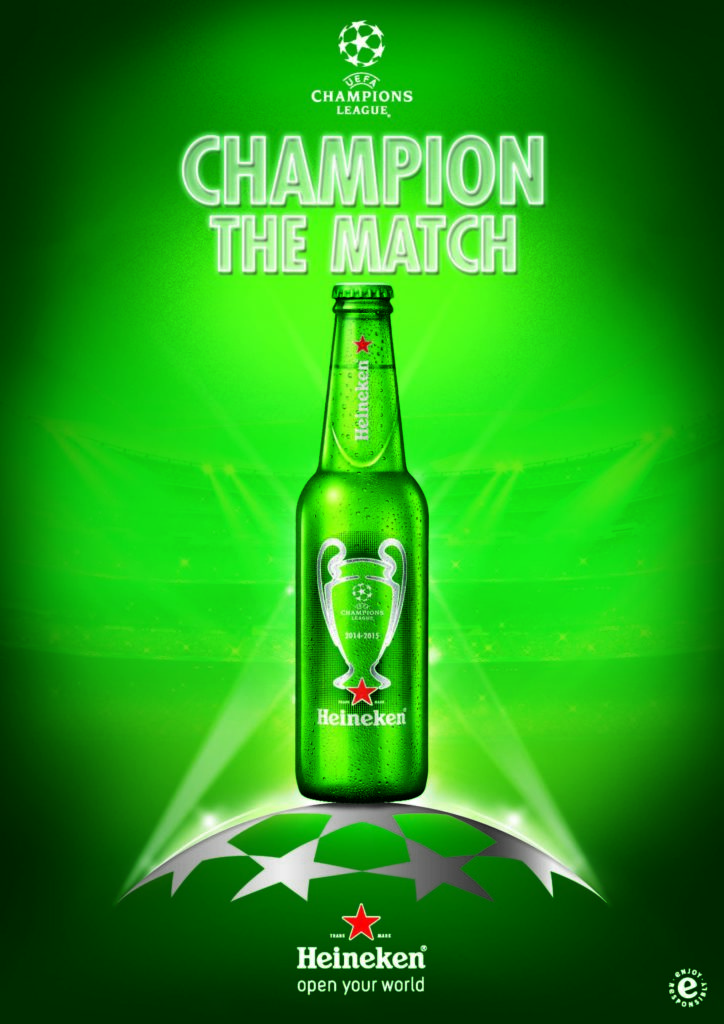