By Newsroom on February 1, 2018Comments Off on Coca-Cola’s Iconic Clay Dolls Get a Makeover for 2018 Chinese New Year via McCann Shanghai 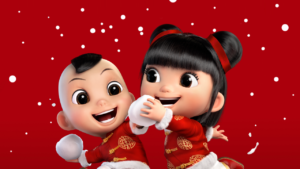 The commercial from McCann Shanghai features “evolved and refreshed” versions of the animated dolls, which first appeared in Coca-Cola festive campaigns in 2001.

Modelled on Chinese traditional folk dolls, the brand usually depicts the pair as gleefully trying to find ways to help bring loved-ones together at holiday time.

For the 2018 campaign, the Clay Dolls are shown causing mischief around a family dinner table in order to create moments of closeness.

The full campaign will see the dolls depicted on Coca-Cola packaging, while the ad will be shown on TV, in-store, on OOH, cinema and digital channels.

The campaign also continues the use of virtual Red Packets, which Coca-Cola launched on the Alipay platform last year, where consumers click to win real money – with amounts ranging from 0.1 to 99 RMB.

“We’ve found our Chinese audience to be strongly empathetic towards these characters and their cultural significance for Chinese New Year, having been associated with Coca-Cola for nearly 17 years”, said Richard Cotton, head of creative excellence and content, Coca-Cola China.

“They are Chinese New Year’s mischievous secret helpers and their characters reflect the spirit of the celebration, which is joyful and exuberant.” 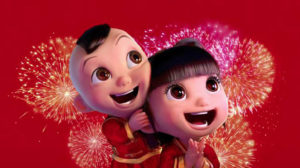 Coca-Cola’s Iconic Clay Dolls Get a Makeover for 2018 Chinese New Year via McCann Shanghai added by Newsroom on February 1, 2018
View all posts by Newsroom →