By Newsroom on April 25, 2013Comments Off on Coca-Cola’s New Ad Campaign Is Spread Across 61 Different Websites 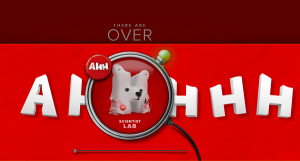 ‘Ahh’—that is the word/theme centered around Coca-Cola’s new ad campaign called the ‘The Ahh Effect’.

Created by ad agency Wieden + Kennedy Portland, Coke bought 61 URLs that are all variations of the word ‘ahh’—with each URL adding an additional ‘H’ at the end, meaning ahh.com, ahhh.com, ahhhh.com, and so on.

17 of these domains are currently active, but all 61 will eventually host different content—ranging from videos to GIFs and mini games that are targeted at teens.

Because teens have shorter attention spans, the content will be delivered in “snackable” pieces, said Pio Schunker, senior vice president of integrated marketing communications in Coca-Cola.

“They can dip in, dip out, and move on… and if you look at the way teens consume tweets and posts and texts, that’s pretty much their behavior.”

Every two weeks, the company will review each URL to see how they are performing—those that don’t receive a lot of traffic will be replaced.

“This campaign is going to be a living experiment and true trial and error,” added Schunker. “I fully expect it to evolve based on the learnings we get from teens.”

Coca-Cola’s New Ad Campaign Is Spread Across 61 Different Websites added by Newsroom on April 25, 2013
View all posts by Newsroom →