By Newsroom on September 23, 2014Comments Off on Diet Coke Invites Fans To ‘Get A Taste’ Of The Good Life 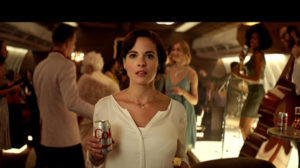 With one sip of the delicious taste of Diet Coke, a long commute can feel like an urban adventure, and that unexpected Friday afternoon meeting might as well be an impromptu party. Since 1982, Diet Coke fans have been turning to the no-calorie sparkling beverage because they love its taste. And now, they can see what life would be like if it tasted as good as Diet Coke.

To celebrate fans’ unwavering love for the delicious taste of Diet Coke, the brand is launching an integrated campaign called “Get A Taste.” The new campaign invites fans to “Get A Taste” of the world they love, provoking the question, “What if life tasted as good as Diet Coke?” New creative will feature playful examples of how the taste of Diet Coke can make mundane moments a little brighter, a little bubblier and a whole lot more enjoyable.

“Millions of people enjoy Diet Coke for one simple reason – the taste. The unique, delicious taste has always been what sets Diet Coke apart and incites passion in our fans,” said Andrew McMillin, Vice President, Coca-Cola Brands, North America. “Through the ‘Get A Taste’ campaign, we’re reminding fans why they fell in love with Diet Coke the first time, and we’re inviting everyone to experience the magic behind the taste of Diet Coke.”

The first look at the new campaign, a :30 TV spot titled “Economy Class,” will debut during Wednesday’s season premiere of “Nashville” on ABC. The momentum will continue with airings during the season premieres of “Scandal” and “Grey’s Anatomy” on Thursday evening. A second spot titled “Car Wash” will air in early October.

“Economy Class” opens on a woman walking toward the back of a crowded overnight flight filled with sleeping passengers and crying babies. After asking the flight attendant for a Diet Coke, she closes her eyes and takes a long, refreshing sip. When she opens her eyes, the sleepy, cramped airplane has transformed into a speakeasy-style party.

The main character weaves her way through the crowd. Along the way, she mingles and dances with stylish partygoers who are all more vibrant versions of the passengers she passed on her way to get a Diet Coke. As the plane hits a patch of turbulence, she is jostled back to reality and left wondering if her enlightened experience was just a dream. A super asks, “What if life tasted as good as Diet Coke? 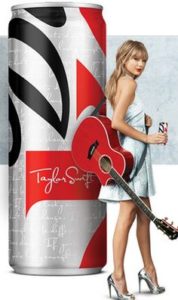 In “Carwash,” a woman pulling into an everyday industrial carwash takes a sip of Diet Coke and opens her eyes to a surreal scene. The brushes whipping past her windows are actually dancers in flapper-style dresses. Beyond them, a lively, Gatsby-style party is revealed, complete with trapeze artists, break dancers and lots of water turned confetti. As the woman pulls out of the carwash, she exits her Diet Coke world and returns to reality. Again a super asks, “What if life tasted as good as Diet Coke?”

In addition to the television spots, the fully integrated Diet Coke “Get A Taste” campaign will feature digital video, print, radio and out-of-home advertising. The brand also will activate on DietCoke.com and its social media channels.

Online activations include partnerships with some of today’s most engaging media outlets and filmmakers on Vine. These partnerships will bring to life how the great taste of Diet Coke has the potential to make any moment just a little brighter.

The “Get A Taste” campaign was developed by Droga5 New York, Diet Coke’s agency of record.

Diet Coke Invites Fans To ‘Get A Taste’ Of The Good Life added by Newsroom on September 23, 2014
View all posts by Newsroom →