By Newsroom on May 5, 2018Comments Off on Dos Equis Celebrates Cinco de Mayo with XXXXX-Tra Special Packaging

Dos Equis is giving millions of Americans another reason to celebrate Cinco de Mayo this year by introducing Cinco Equis — the exact same beer as Dos Equis, but with three more Xs on the can. 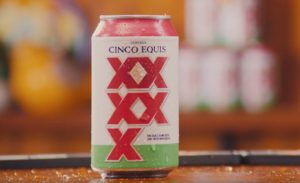 all-new Cinco Equis was created by Droga5 and Funny or Die as part of the Dos Equis Keep It Interesante campaign, which encourages the act of taking a morsel of truth and enhancing a story for the sake of keeping friends entertained and engaged.

By adding more Xs and unofficially claiming the throne of official beer of Cinco de Mayo, the beloved Mexican beer brand is wearing embellishment on its can.

“There are a lot of Americans who can’t tell you the history of Cinco de Mayo, but they certainly can tell you an interesante story about celebrating it,” said Quinn Kilbury, Senior Brand Director at Dos Equis. “We created Cinco Equis because Americans are always seeking a reason to celebrate, and literally all we had to do was add three Xs.” 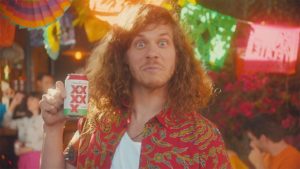 at select establishments in New York and Texas and eventually eBay at staggering re-sale prices — comedian and actor Blake Anderson (Game Over, Man!) is appearing in two cheeky new videos created in partnership with Funny Or Die. The videos — now available on YouTube.com/DosEquis and funnyordie.com — pay homage to the often misunderstood holiday and the unmistakably literal meaning of Cinco Equis.

Dos Equis Celebrates Cinco de Mayo with XXXXX-Tra Special Packaging added by Newsroom on May 5, 2018
View all posts by Newsroom →