By Newsroom on June 24, 2013Comments Off on Evian Serves up Wimbledon Themed Campaign

As an official supplier to Wimbledon, Evian and its agency We Are Social have come up with a multi-channel campaign in an attempt capture the public’s imagination and get them dancing to the “Wimbledon wiggle”.

The campaign makes a song and dance of the usually straight-laced centre court crowd and invites the public to “get your Wimbledon wiggle on” by uploading a video of themselves shaking their derrières in the style of a tennis player waiting to receive a serve. 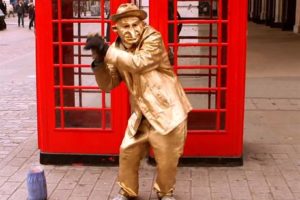 A pair of VIP Wimbledon tickets are up for grabs for the best “wigglers”, which will also be featured in a digital outdoor campaign at Bankside and Cardinal Palace, where the championships will be broadcast live on digital screens.

The digital campaign, which includes its own original song by electro-hip hop artist Tigermonkey, went live on Facebook this week and is open to entrants until midnight on Monday 24 June.

Kameleon and We are Social created the “Wimbledon wiggle” video.

Other digital elements include a dedicated off-court action microsite on Wimbledon.com, as well as a style guide and ticket competition on my-wardrobe.com.

An outdoor campaign featuring Maria Sharapova alongside her “baby self”, created by BETC Paris, will also be running during the championship.

Evian Serves up Wimbledon Themed Campaign added by Newsroom on June 24, 2013
View all posts by Newsroom →