By Newsroom on November 4, 2016Comments Off on Gordon’s Gin Bucks Craft Messaging Trend to Focus on ‘Simple Pleasure’ of a G&T 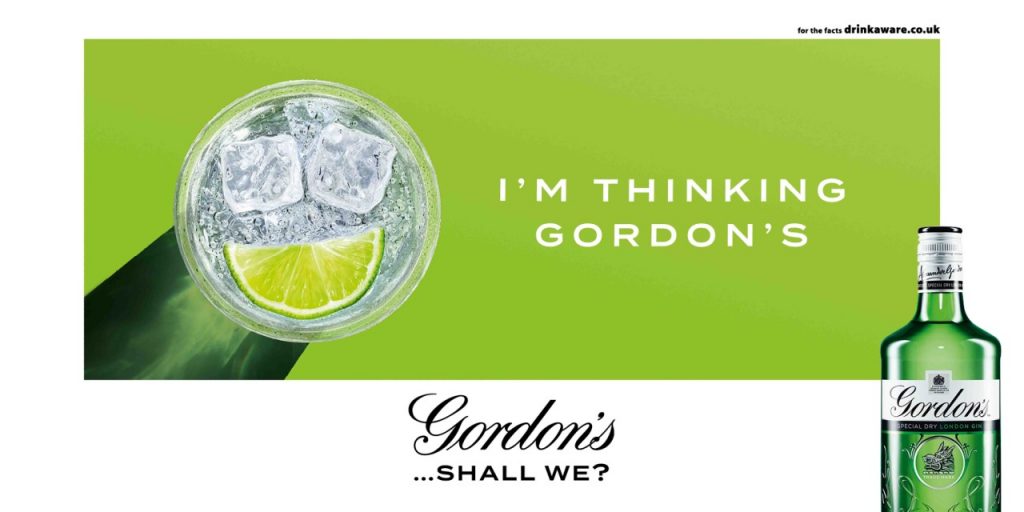 Gordon’s has gone against the grain of using craft messaging in its advertising and is instead focusing on communicating ‘a simple but meaningful statement’ of enjoying a good gin and tonic in the early evening. 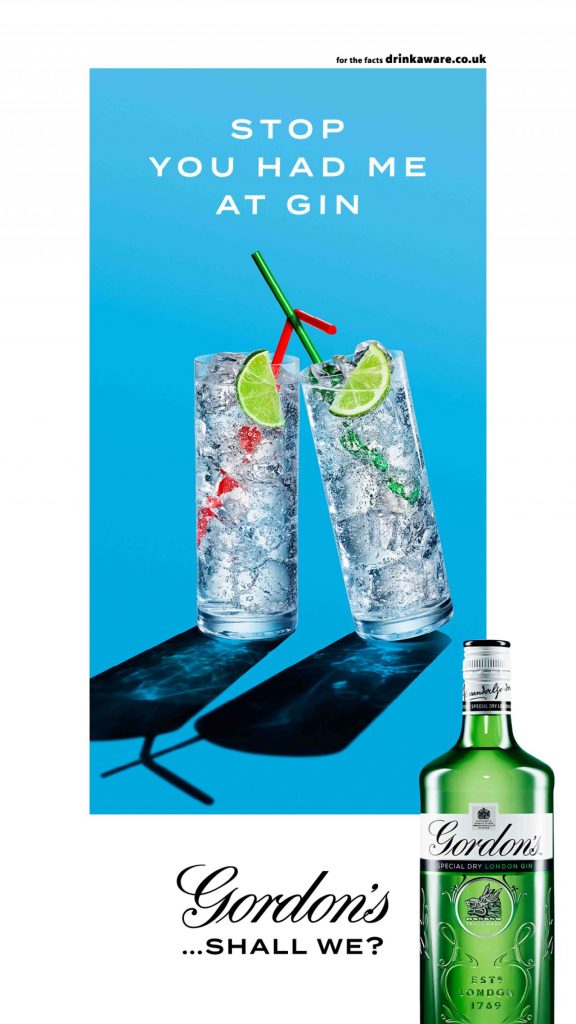 To stand out in the over crowded gin category, where the majority of messaging is around heritage and craft, Gordon’s new brand platform “Shall we…?”, which was created by Anomaly, is intended to act as an invitation to stop and to enjoy a Gordon’s and tonic.

Each campaign execution has a light-hearted tone with playful messaging and simple visuals that hero a G&T and features the newly designed Gordon’s bottle.

Annalisa Tedeschi, head of Gordon’s Gin at Diageo, said: “Since 1769, Gordon’s has been present in people’s lives and has travelled around the globe as an inherently joyful brand. With this campaign, we intend to make a simple but meaningful statement: an invitation to enjoy a bloody good Gordon’s & tonic in the early evening.”

The campaign will run across OOH, digital and social channels with contextual media being focused around the 5pm ‘stop and enjoy’ moment, with media being planned and bought by Carat.

Gordon’s Gin Bucks Craft Messaging Trend to Focus on ‘Simple Pleasure’ of a G&T added by Newsroom on November 4, 2016
View all posts by Newsroom →