By Newsroom on January 14, 2014Comments Off on Guinness Makes Stars of Congolese Fashion Cult in TV campaign

Guinness, the Diageo stout, is releasing a TV ad featuring a Congolese fashion subculture called the Sapeurs as part of its ‘Made of More’ campaign.

The Sapeurs are a society of men from Brazzaville, the capital of the Republic of Congo, who, after finishing their day jobs as labourers and factory workers, dress in stylish attire and follow a code of respect and self-worth.

The spot showed the transformation Sapeurs make from hard-grafting labourer to dandy, as a voiceover said: “In life you cannot always choose what you do, but you can always choose who you are.”

Abbott Mead Vickers BBDO created the ad, which was written by Nicholas Hulley, art directed by Nadja Lossgott and directed by Nocolai Fuglsig through MJZ.

It airs on TV on Wednesday 15 January and will also be shown in cinemas. Dentsu’s Carat handled the media planning and buying. 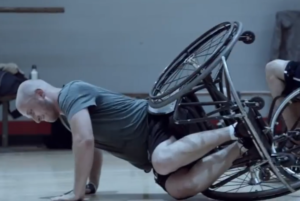 The new spot fits within Guinness’ existing ‘Made of More’ campaign, which aims to celebrate people with integrity and character. The previous ad in the campaign was created by BBDO New York and showed a group of men playing wheelchair basketball with their disabled friend.

Stephen O’Kelly, the marketing director for Western Europe at Guinness, said: “What we love about the Sapeurs and drew us to them was not only the vibrancy and colour, but at its core, their story is one of dignity and self -expression.

“In the spirit of ‘Made of More’ we wanted to capture the story of a group of men whose integrity and character shone through despite the challenges they face. Dressing well, can symbolise many things, but for the Sapeurs, fine clothes stand for peace, integrity and honour.”

Guinness Makes Stars of Congolese Fashion Cult in TV campaign added by Newsroom on January 14, 2014
View all posts by Newsroom →