By Newsroom on October 23, 2015Comments Off on Johnnie Walker Releases Trailer For The Gentleman’s Wager II Starring Jude Law

Johnnie Walker Blue label has released the first trailer for its upcoming film “The Gentleman’s Wager II”, starring Jude Law as it looks to follow up on the success of its first film by pushing its brand into new markets with more cinematic advertising.

The new film will be launched internationally on 31 October and will once again star Oscar-nominated actors Jude Law and Giancarlo Giannini who will be accompanied by acclaimed Chinese actress Zhao Wei in the new film.

The success of 2014’s Gentleman’s Wager devised by agency Anomaly, which received over 45 million views, has prompted Johnnie Walker Blue Label owners Diageo to make a follow up which it hopes will be turned into an ongoing series with Law. Diageo will also hope that Wei’s star appeal in China will help promote the brand to the lucrative Chinese market. 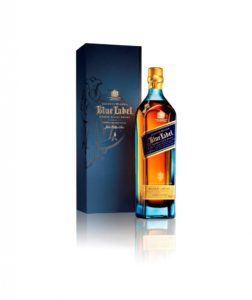 Continuing the friendly rivalry between Law and Giannini that was theme behind the first film, The Gentleman’s Wager II will this time centre on a wager over a Delahaye 135S vintage racing car. The priceless car in the film is a Walker heirloom, having been owned by the family since the late 1930s, and is sought after by Law who attempts to win it through a race to one of Formula 1’s iconic tracks – Monaco.

The film is part of Johnnie Walker’s ‘Keep Walking’ mantra which uses the strapline ‘Joy Will Take You Further’. The brand hopes that it will push its theme of happiness as the fuel to success rather than the hard grind.

The film echoes this idea by showing the joy which Law derives from stopping to help people during his long journey from Rome to Monaco.