The UK is being challenged to debate the best time of day to eat Kellogg’s Corn Flakes to achieve #MyPerfectBowl in an advertising campaign created by Leo Burnett London and featuring a diverse cast of real people. 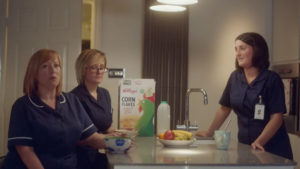 The ad’s stars come from across the UK and Ireland, all with differing lifestyles and routines: including 9-5ers, shift staff, early risers, farmers, night workers and drag queens.

They are shown debating among themselves which is the most enjoyable bowl of Corn Flakes that one can eat throughout the day, from the routine-loving woman who has to have hers at precisely 7.50 every morning, to a woman who insists that evening is the perfect time.

The campaign runs on television and video on demand in the UK and Ireland starting 15 January through to March. Further activity will run throughout 2018 online and in social media. 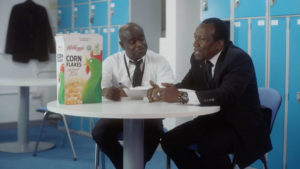 It builds on the #MyPerfectBowl strategy rolled out in 2017 by Leo Burnett London. This featured people talking about how they customise their bowl of Kellogg’s Corn Flakes so it tastes just the way they enjoy them most.

Niamh Cribbin, Senior European Marketing Manager – Corn Flakes & Rice Krispies, said: “We have had great fun opening up the Corn Flakes debate and now we want to take it a step further, our cast remind people what they love about this iconic cereal and how it doesn’t just have to be enjoyed at breakfast. We have seen a change in how people are eating cereal, therefore we wanted to bring the discussion to life and show it can be eaten at all times of day.” 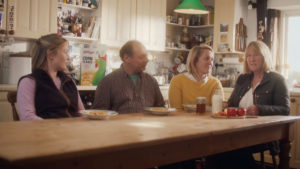 Oliver Farrington & Neil Richardson, Creative Directors at Leo Burnett London, said: “Traditionally Corn Flakes were only really enjoyed for breakfast, but we’ve discovered that’s not the case any more. Just as people have their own favourite way to eat Corn Flakes, it seems they have a favourite time too – and it’s pretty surprising how different they are. We’ve just tried to tap into that and start another national debate.”