By Newsroom on October 10, 2013Comments Off on Leonel Messi Shows Off His Football Skills in Lastest Pepsi Ad

#FUTBOLNOW – Pepsi builds global excitement for a yearlong football platform with the launch of a new campaign, “The Trick,” starring four-time “FIFA World Player of the Year” Leo Messi, #10.

The fast-paced 30-second TV spot opens on Messi performing a fancy footwork trick with an iconic can of Pepsi. Football enthusiasts around the world attempt to replicate Messi’s Pepsi can trick with their own personalization, evolution and varied level of success – all set to a frenetic, energetic backbeat that keeps the momentum, enthusiasm and level of competition going. 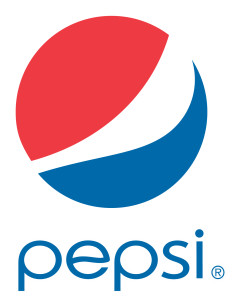 “Tricks with a football are hard and tricks with a can are harder,” said Messi. “It’s an honor to partner with Pepsi to bring this campaign to life and literally kick-off what promises to be an exciting, passionate year around football.”

“The Trick” is the latest installment and interpretation of Pepsi’s “Capture the Excitement of Now” global brand spirit and “Live for Now” campaign, which inspires fans around the world to embrace the moment with their passion for the game of football. Shot over two days on location in Barcelona, Spain by 180 LA, the spot was directed by Laurent Chanez and will launch globally on Pepsi’s digital platforms and air in select cities beginning October 10th.

“Next year will be an incredible year for football and for football fans everywhere, and what better way to lead into it than to see if we can start building the fun, excitement and a little spirit of competition – all instigated by the iconic can of Pepsi,” said Kristin Patrick, Senior Vice President, Global Chief Marketing Officer, Pepsi.

Leonel Messi Shows Off His Football Skills in Lastest Pepsi Ad added by Newsroom on October 10, 2013
View all posts by Newsroom →