By Newsroom on December 13, 2017Comments Off on Loco Unveils #MixItUp Social Media Videos for wagamama

Building on the success of their content films for their digital signage and social media platforms, wagamama commissioned Content production company, Loco, to create the #mixitup series of videos.

Loco organised several shoots at different restaurant locations and explored various creative approaches for the edits. The challenge was to find the most effective way of combining shots of the dishes with footage of wagamama’s servers sharing their favourite menu hacks. 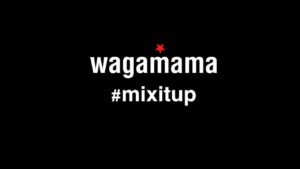 Working closely with the wagamama marketing team, they established a format that would encourage customer engagement with the brand and menu items on social media as well as in the restaurants. Recognising that the main social media platforms for displaying the video content would be Facebook and Instagram rather than YouTube, they shaped their postproduction approach accordingly.

Instead of relying on a video blogger delivering a piece to camera, they combined wagamama’s branding and snappy animated text with dynamic video transitions as well as a soundtrack that could be heard or muted.

Each of the videos encouraged high levels of positive engagement on Instagram and Facebook with hundreds of thousands of Facebook views, not to mention plenty of fantastic comments, conversations, and reactions.

wagamama’s digital marketing executive Aisling Lithgow said, “These ‘Mix it up’ videos performed so well for us, and it was one of our most engaged with social campaigns to date.”