By Newsroom on June 17, 2015Comments Off on Molson Coors Shifts Carling Ad Strategy To Focus On ‘Product Quality’ 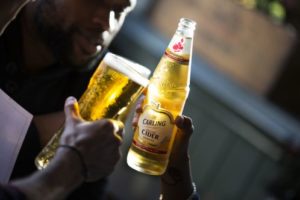 Molson Coors has launched a £5.4m marketing push for its cider brand Carling as the brewer looks to shift its advertising strategy to hero the quality of the product.

The new campaign follows a full brand redesign of the Carling British Cider range and comprises above-the-line activity, that includes TV, outdoor and digital advertising. A 12 week experiential campaign will run alongside the main marketing push as well as on-trade support to drive increased distribution and trial.

The work is a move away from previous efforts which saw Carling run with the strapline ‘refreshingly perfect’ to appeal to the smartphone generation of drinkers who enjoy “bar-room banter”.

Instead, the new push has a more premium feel and also looks to communicate the three variants in the Carling range, which Jim Shearer, Carling brand director at Molson Coors explained to The Drum. 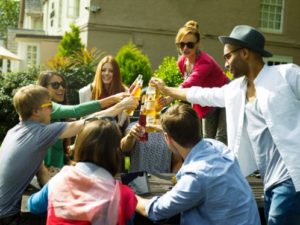 “Carling has launched a new OOH creative this year to place a strong focus on the product quality of Carling British Cider,” he said. “Our objectives were clear – to communicate Carling British Cider as the most refreshing cider and to promote the high juice content versus competitors. We also wanted to publicise the three variants in the Carling British Cider range, and the recent ‘Product of the Year’ award win, both of which have been reflected in the TV advertisement.”

The campaign kicked off June 15.