By Newsroom on December 12, 2016Comments Off on Morrisons Launches Nationwide Initiative to get Brits Kissing Again 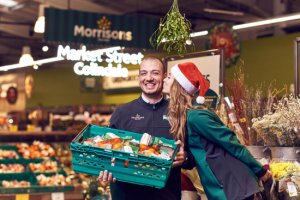 Morrisons is gearing up to give away 50,000 sprigs of mistletoe this year in an effort to increase festive romance after a quarter (25 per cent) of Brits said all they want for Christmas in 2016 is a kiss from a loved one.

The giant mistletoe giveaway was launched by the supermarket after research revealed the tradition of puckering up under the plant was at risk of dying out with 71 per cent of under 35s admitting they had never experienced a kiss under the mistletoe. 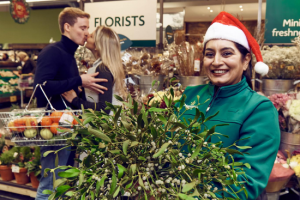 From Monday 12th December, Morrisons Community Champions adorned in ‘Merry Kissmas’ sashes will be handing out complimentary mistletoe in all 492 stores. To celebrate the launch of the activity, Morrisons installed a giant sprig of mistletoe made up of 500 of the festive plants in its Colindale branch.

Donna Heywood, Flower Buyer at Morrisons, comments: “Kissing under the mistletoe is one of the oldest Christmas traditions and we want to do our bit to keep it alive. The mistletoe giveaway was extremely popular last year so we hope to get even more customers kissing this Christmas. And you never know, true love could just be an aisle away.”

The mistletoe giveaway is the latest traditional Christmas initiative from Morrisons after the supermarket put carols back on the in-store playlist after 15 years, last week. 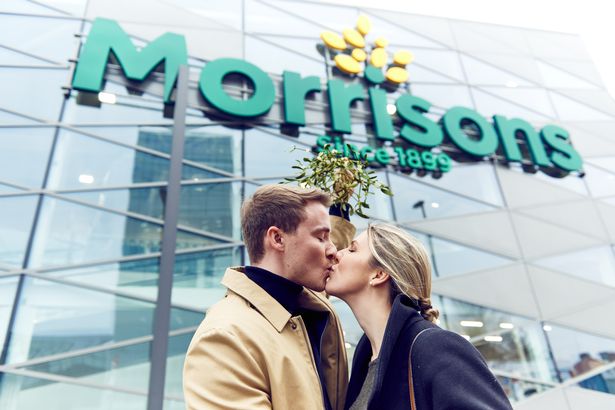 Morrisons Launches Nationwide Initiative to get Brits Kissing Again added by Newsroom on December 12, 2016
View all posts by Newsroom →