By Newsroom on March 7, 2018Comments Off on MullenLowe Malaysia and Domino’s Create a New K-Pop Sensation the Samyeang Showdown

Supported by MullenLowe Malaysia, Domino’s Malaysia has launched a new international flavour in the Malaysian market featuring the Korean inspired menu for its Limited-Time-Offer campaign called the Samyeang Showdown. 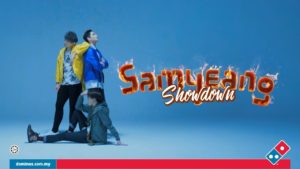 Working closely together with Domino’s other agencies, the new campaign began with a teaser that aimed to excite Malaysian K-pop fans with news about a new Korean boyband coming to town. Executed by Domino’s PR agency, acorn communications, media houses were pleasantly surprised with a visit by Korean super fans as they shared their passion and love for all things Korean while teasing the media with the new Korean boyband that was coming.

On the day of the launch, Domino’s Malaysia released a new single and music video called “The Samyeang Showdown” – performed by three K-pop dancers called ‘The Samyeangs’, as each dancer personified a pizza variant. The band also featured a female performer called Ayam-Haseyo (a punny take on Korean word ‘anneyong haseyo’ for ‘hello’) and she personified the spicy Korean wings meal. 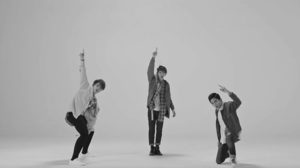 “The Samyeang Showdown campaign is a tribute to what Malaysian consumers love. Domino’s has always been a pioneer in product innovation. Malaysia’s market landscape is constantly evolving and we know consumers are always seeking for something new. Hence, we stay true to what we stand for and innovate our products to keep delivering what is relevant to the market. A lot oKf hard work and passion was invested into this new product to uphold the quality of food and create a unique customer experience. We drew inspiration from the Malaysian consumers’ love for Korean food and culture, hence the Samyeang Showdown campaign is a testament of our brand promise,” explained Linda Hassan, Marketing General Manager of Domino’s Malaysia & Singapore.

Nizfaraz Noor, Business Group Head of MullenLowe Malaysia added, “Malaysia has a huge Korean culture fan base. To be part of this product innovation exercise with our partner-client, Domino’s, from product development stage to launching it into the market shows how we are very involved to ensure the success of the brand, and we are enthusiastic about this collaboration.”

To launch this campaign, Domino’s and MullenLowe Malaysia also collaborated closely with the digital team from 16TWO and acorn communications to create an effective social media strategy and engagement.

acorn communications drove the engagements through key opinion leaders in the K-pop fan sphere and exclusive invites for the K-pop fans to the media launch. The integrated approach was aimed to generate a holistic communications campaign via mainstream media, social media and online media. Despite being a digital led campaign, Domino’s also worked with Zenith and BigBlueBubble to reach the masses through its ATL and BTL channels.

Eddy Nazarullah, Head of Creative at MullenLowe Malaysia commented, “This campaign is a perfect blend of creative execution and social media strategy on various digital platforms. Our approach was simple because we clearly understand that today’s consumers value entertainment and they will follow brands that can provide such value. So, the idea was crafted to increase brand love and advocates.”

MullenLowe Malaysia and Domino’s Create a New K-Pop Sensation the Samyeang Showdown added by Newsroom on March 7, 2018
View all posts by Newsroom →